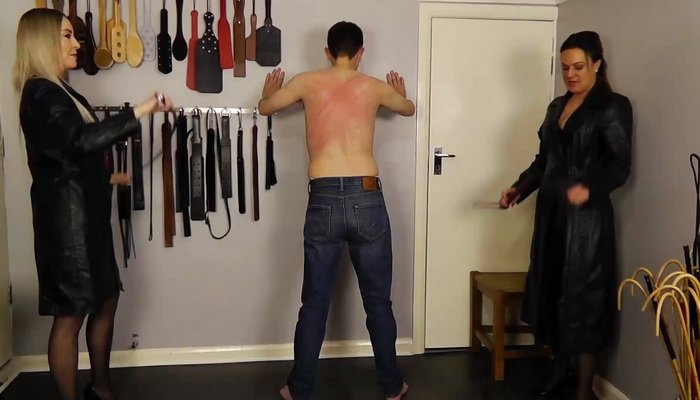 Officers Wood and Powers are part of an undercover sting operation. Powers brings in a man caught red handed paying for sex. So as well as fine, they have a new method for dealing with perverts. He’s going to a get a back whipping from both of them. A mean dragon tailed whip as well as a kangaroo hide whip with quite a sting to it. The officers swap whips just over half way through whilst interrogating him further, for a very sore back at the end.