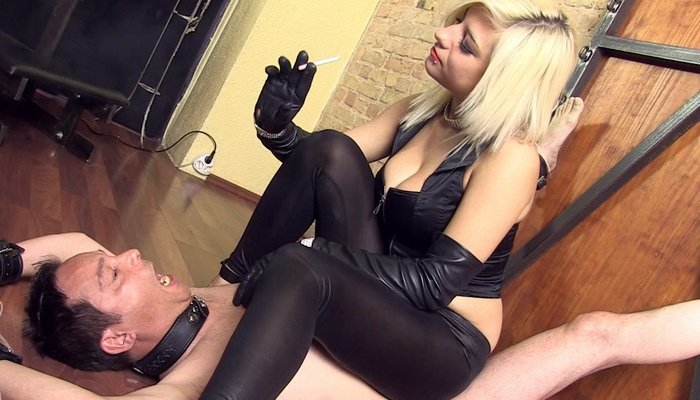 That’s the way the young but cruel Miss Tess wants her slave. Laying on the flor, the hands chained up over their heads so she can sit down on them and be sure that they are not able to touch her. And who would not like to touch her in her skin tight leggings and the black leather top that shows off her big breasts? Breathtaking view. Tess really knows who to tease slaves before she will send them to the hell. Dressed like this the slaves would do anything for her. There is a mean smile on her face at she lights up a long white cigarette. She loves the fear in his face so much. “Do you smoke?”, she asks him and as he negates he has lost already. The brat lady will blow so much smoke into his face now, that’s for sure. 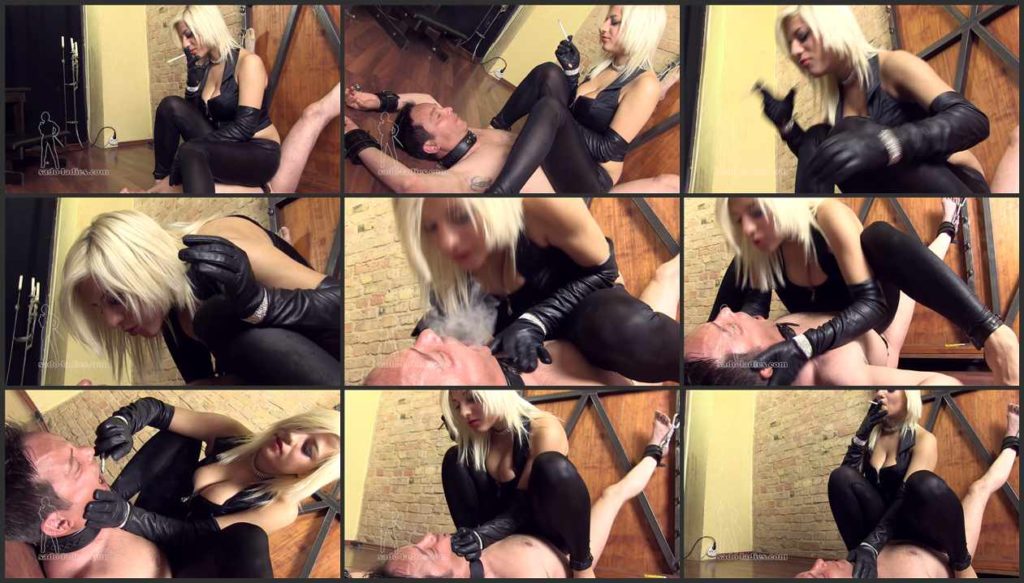 Girls and Toy, Lesbians Getting off in Leather Leggings part 1 with Nesty and Vicky Love