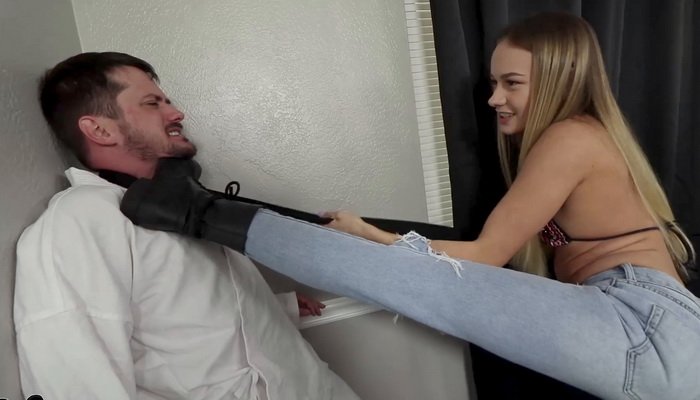 Fluffy has been using his Karate class that he teaches as a way to Perv out on the many Females that take his class rather than effectively train his willing students. Fluffy’s Students have finally had enough, so they ask Naomi Swann to go in for a fake introduction and handle this pervert. Shortly after arriving, Naomi begins unleashing barrages of Round House Kicks to the side of Fluffy’s face. Disoriented, Fluffy is unable to even fight back from being so dazed. Secondly, Naomi pins Fluffy against the wall with her foot while gripping his Karate Belt from behind his neck, pulling Fluffy into Naomi’s foot which is against Fluffy’s neck.

Mixed Fighting, Im Strong and Charismatic and Youre Weak and Pathetic with Naomi Swann