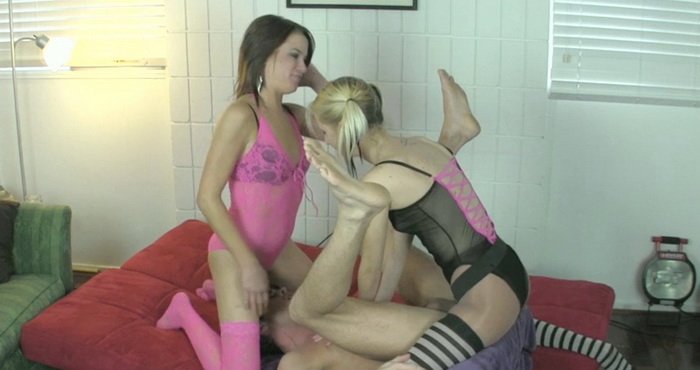 Featuring:
Cammy, Rene Phoenix and Lance Hart
Cammy and Rene Phoenix are hanging out when Rene gets a great idea. She had heard that people will buy male testicles on the black market… First they have to find some balls, so they go on craigslist encounters and find a guy that wants a threesome. They invite him over, planning to seduce him, break his spirit some ballbusting and strap-on fucking, then cut off his balls. That way they can sell his balls on the black market, then with his spirits completely broken and his balls removed, they can sell his ass as a sissy whore. When Lance shows up for the threesome, he’s easily convinced to put up with a little ballbusting. They tell him that if he goes along with “their fetish” they can have some fun after. They get him to strip in front of them, and as they are counting their kicks to his balls they encourage him with sweet talk, “Awe, I’m so sorry… are you okay… [KICK] and they tease him with their bodies to keep him going. When Rene stomps and grinds her pantyhose foot into his balls, while Cammy puts her sweaty foot in his face and makes him smell her toes they feel pretty confident that he’s breaking. So Cammy holds his legs apart while Rene stands over him and kicks his balls in just to be sure. 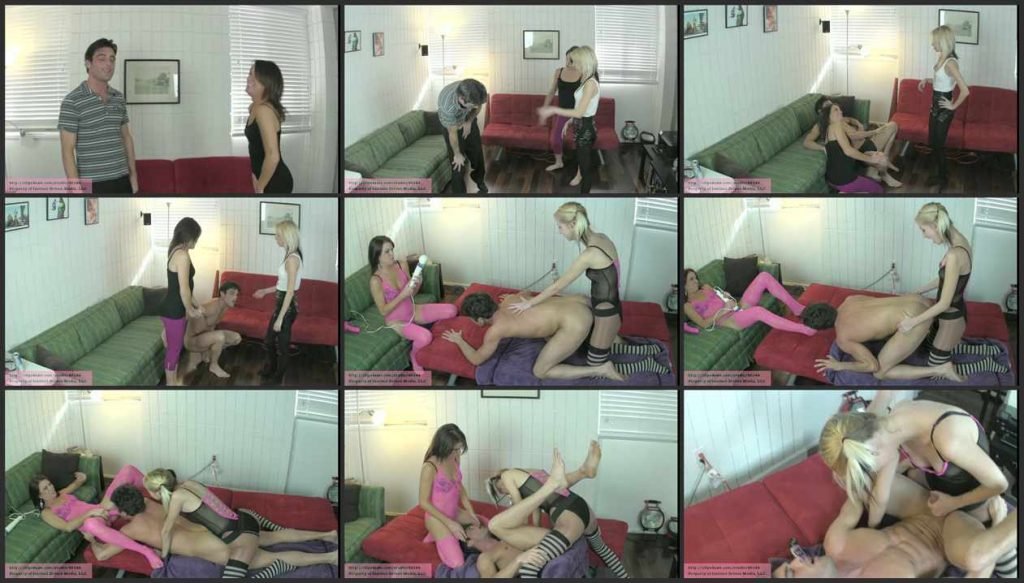 She Gave Me the Key to Your Cuffs

A Rubber Doll for Sale 1

Alex Coal in House Gets a Hooker Lance

Fabiana, Tied a Slave to a Chair and Convinces Him to Go as a Eunuch