Although Elise Graves was never a school bully, she had fantasies of bullying cute guys like Haskell Holland. Small in stature, yet strong in spirit, Haskell is the perfect playmate for Elise to live out her dreams of bullying. What’s more classic in a bully’s repertoire than a wedgie? Elise takes this classic and makes it her own utilizing her rope skills. Haskell is in for a ride as his boy meat gets split by his very strong underwear! Unfortunately for him, his underwear holds up under stress – the same can be said for Haskell. Stay tuned for parts two and three, in which Haskell is tormented with increasing levels of stress wedgies! 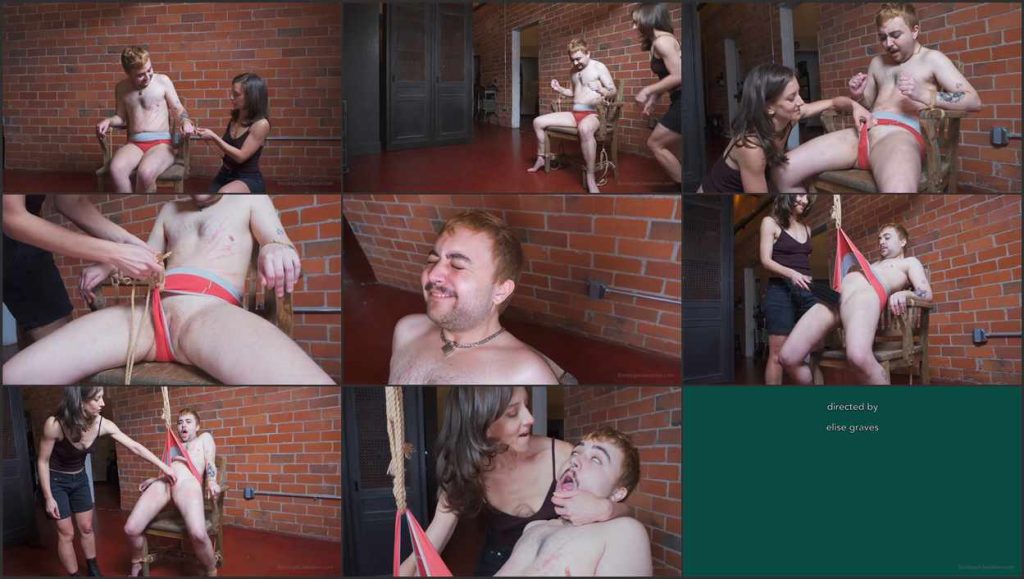 Kino suffer in a waist rope, he has a strong stomach

Shown the Ropes with An Li, Gimpy and Elise Graves

Fear of Letting Go: Electricity with An Li and Elise Graves