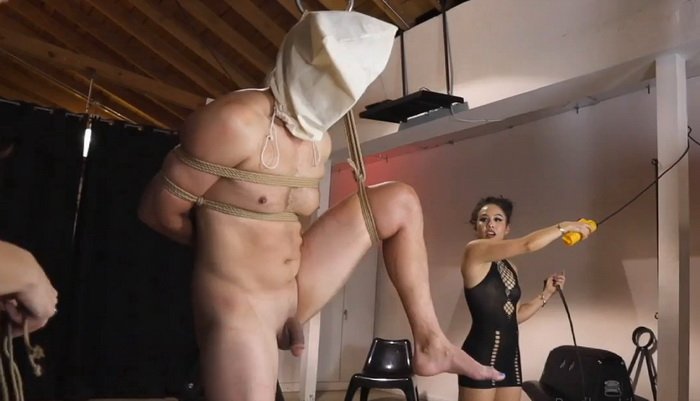 It’s all fun and games when Elise and An Li team up to play. Fun for the two of them, anyway! A hooded Gimpy happily suffers for their pleasure. Elise ties him into beautiful rope bondage while An Li crosses his ankles to put him off balance. Elise takes advantage of his instability by stabilizing Gimpy with a neck rope. Gimpy sure does suffer well – his sounds are very cute. Next, An Li ties Gimpy’s toe to his balls, which creates quite the CBT predicament – Gimpy can relax his leg or pull strongly on his balls. This is exciting for the double dommes, as they squeal with enjoyment while whipping all his sensitive bits. Lastly, Elise ties Gimpy’s knee high up by his chest before tying his toe to his balls in a new configuration, but continued predicament. Elise and An Li decide to enjoy Gimpy’s suffering from a more comfortable position, while Gimpy simply has no opportunity to relax. Watch as Gimpy is put on display for the duo’s amusement. 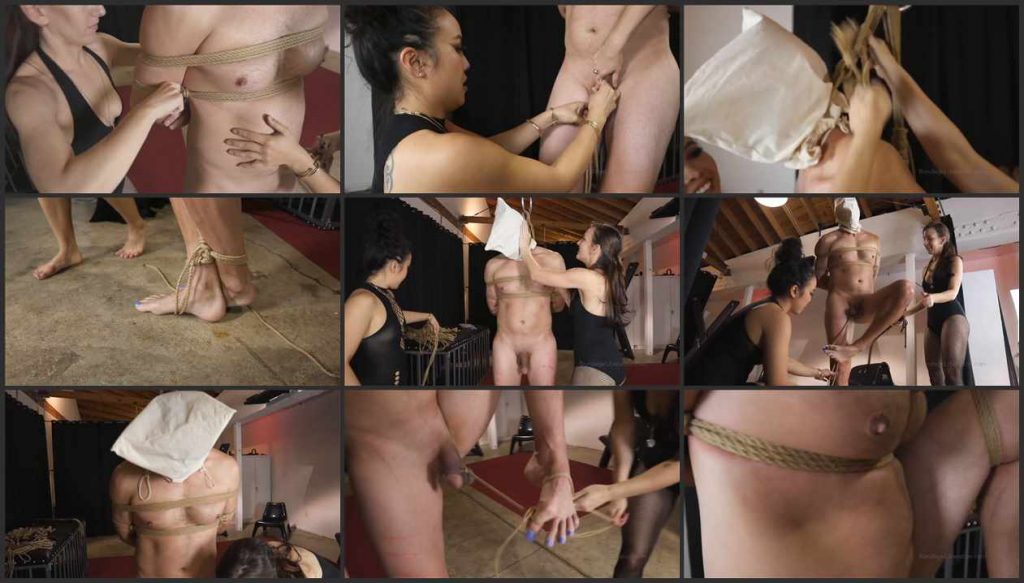 Gimpy, An Li and Elise Graves in One Sick Puppy

Fear of Letting Go: Electricity with An Li and Elise Graves

Sensual Domination, A Bit of a Stretch, CBT with Tony Orlando and Elise Graves

Forced Male Orgasm, Between a Neck and a Testicle Sack with Mercy West, Tony Orlando and Elise Graves