It’s New Year’s Eve and needless to say, but it’s been quite the year. Elise has been sheltering at home, studying shibari online and practicing on Kino Payne. Elise is excited to practice a particularly challenging semi-suspension sequence on him. After securing Kino’s arms into a box tie, Elise has freedom to explore Kino’s nipples with her long fingernails. It quickly becomes clear that Kino’s mouth needs a good stuffing, so Elise’s fetches the dirtiest pair of her panties she can pull from her laundry basket to pack into Kino’s mouth before securing them with multiple passes of clear tape. She checks again – now he is much quieter! This is important, as Kino is about to embark on a strenuous tie that heavily utilizes a waist rope, standing on the tops of his big toes, and ultimately, being fully suspended. As Kino is one hell of a rope bottom, watch for his sweat to tell the story of his suffering. 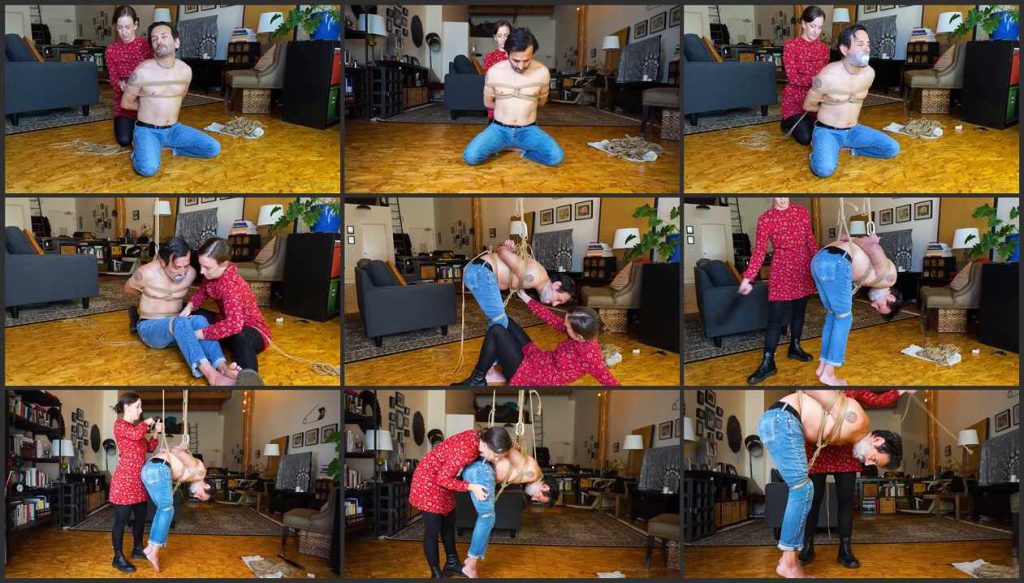 Face Sitting, Electro Torment and other restraints – suffer for my pleasure. Part 1

Stress for Kino in the moon tie