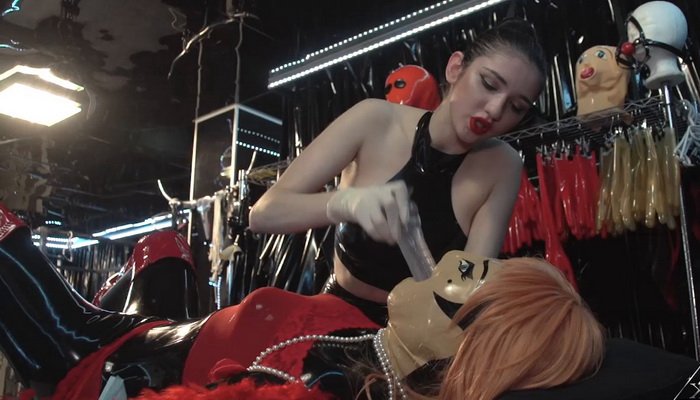 Lady Katharina knows her pathetic bitch won’t look a smidgen as good as she does in shiny black rubber, so that’s how she dresses him, just to ’RUB’ it in. her satisfied smirk makes it obvious who’s boss. After oiling up her he-tart, she oozes him into his new duds. By the time he’s done dressing, he’s totally in her power, and so are you, worm. One snap of her regal fingers is all it takes to get you both out walking the streets of Berlin in slutty servitude. Once the playful lady has him booted and corseted, SHE can play with her tottering rubber toy. It’s no surprise that her cock is bigger than his, and before he knows it, she plunges it deep down his throat where it belongs. What does she care if he gags? He’ll take it as deep as her dominating heart desires. The more it displeases him, the crueller her beautiful sadistic smile. As the wicked lady has a good laugh at bitch boy’s expense, you long for HER to shove that cock even deeper, which of course SHE does. Once LADY KATHARINA has him fully feminized for the street, she can unzip his nether end and show him what else A a big domina cock is good for. He may not know it, but he’s only just begun to groan. 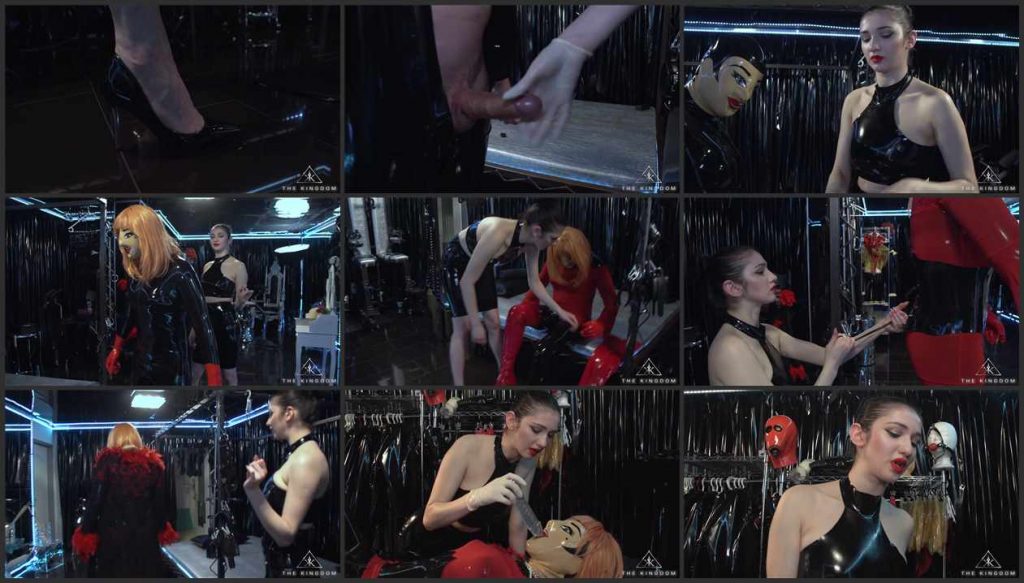 Drink It with Lady Katharina! 1

Drink It with Lady Katharina! 2

Jerk Off Instruction, Serve That Nylon Cock, My Bitch!