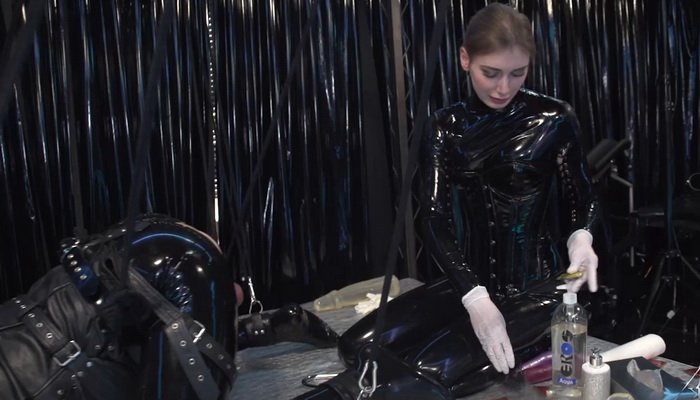 When he first lays eyes on Miss Aurelia, Mr. Longdon can scarcely believe his good luck. He expects to have fun with her, and indeed he will. she looked so yummy just before he fell asleep, and she looks even yummier when he wakes up straitjacketed and suspended with his balls tied tight, so a jerk on the restraining rope commands his full attention. When she promised a little ass fucking, he assumed it would be hers, but her cock is so much bigger! Just the sight of it has him begging HER to set him free. Why should mistress do that, when she can give him a four-finger fuck with one hand and steer him by his joy stick with the other? He said he wanted sex, and sex is what he gets, so why the incessant begging? Can’t he see how much fun she’s having? Each forceful thrust makes her smile a little brighter. At least one of them knows how to fuck! After she breaks him in gently with her strap-on, it’s time to get more serious and bring on her super cock. 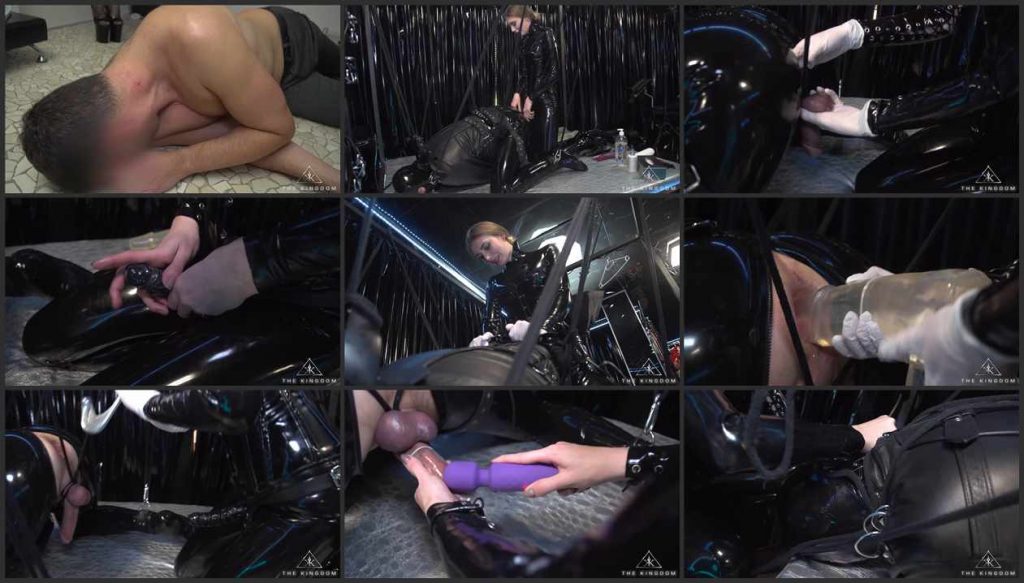 I Want To Try Bondage… Smother Session with Miss Kim