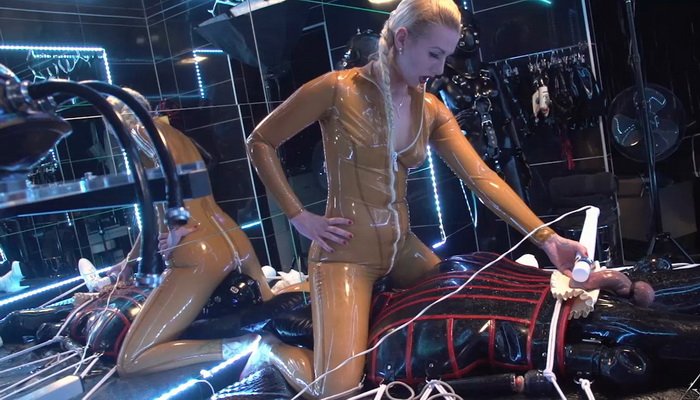 Lady Elizabeth doesn’t leave her captive for long. It’s too much fun hotting him up in his helplessness. He can’t see a thing, and if the sadistic mistress has her way, he won’t be able to breathe a thing either. After zipping him into an extra layer of latex, she tends to another latexed captive in the room. Nobody is better at multi-tasking than a cruel dominatrix. She controls his laboured breathing with her matchless ass, doling out pleasure and pain unpredictably as she ties him tight. This naughty girl scout knows her knots, and she also knows how to stuff his mouth with her strap-on. That gives him a man-sized thirst. When the teasing mistress kindly unzips her gateway to paradise, the slave begs for a taste of her golden nectar. Since he wants it that bad, she has no choice but to deny him; but when he insists.good to the last drop. Is there anything more beautiful in this world than the sight of her standing arms akimbo as she showers your cock in pure gold? her willing captive is so eager he lets mistress stuff his mouth with her sopping wet feet. It tastes so good that she lets him lick straight from the source. Guess who gets to clean up the mess. 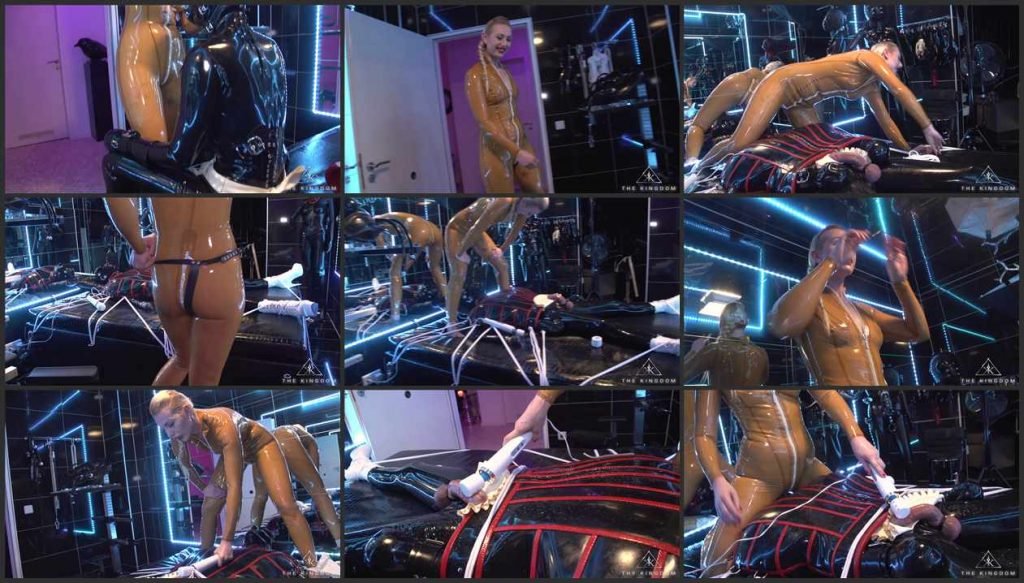 Lady Elizabeth in Captured in Rubber 1

The Ritual of the Goddesses Elizabeth and Elena 1

Drink It with Lady Katharina! 2