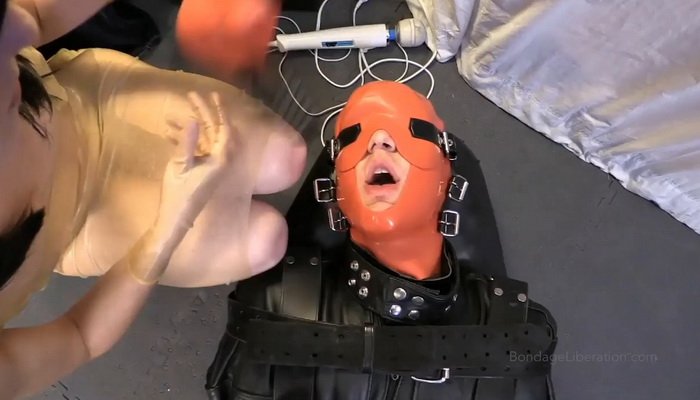 Once Elise slips herself into transparent latex, she begins to transform into someone else! Wearing a transparent rubber dress and gloves, Elise buckles Sabret into a heavy rubber straitjacket and multi- function Studio Gum hood. At first she allows Sabret some time to adjust, so his eyes are uncovered, however, after zipping and strapping him into a thick leather sleepsack situated on a mummy board, Elise covers not only his eyes, but his mouth as well. Elise is incredibly entertained by Sabret’s thrashing and moaning for air. As a treat, she delivers some of her golden nectar through the small hole over Sabret’s mouth. He is eager to consume. Elise transitions her sleepsacked rubber gimp into a vertical suspension, allowing her to have a bit more fun! Elise exposes Sabret’s cock, making it the only part of his body that she comes into contact with… 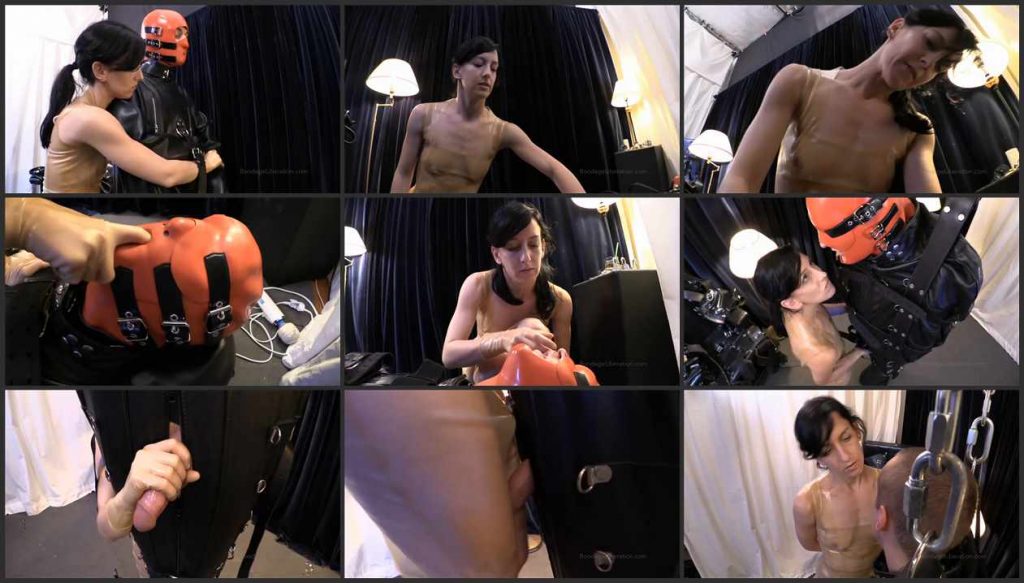