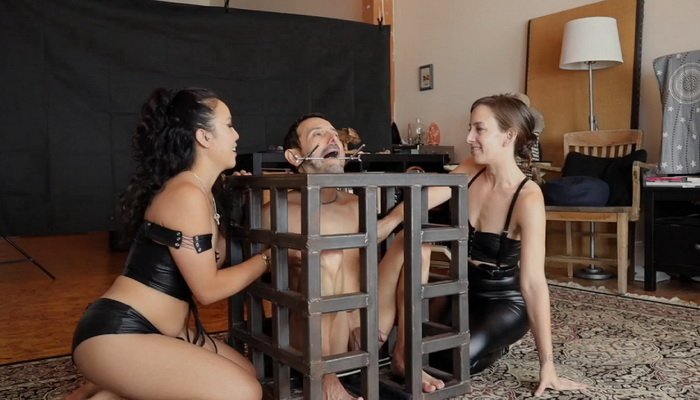 After experiencing what it was like to suffer at the hands of An Li the day before, Elise is highly motivated to join forces with An Li in giving Kino an intense experience himself. After discovering a helpless Kino stuffed into a small metal cage, Elise and An Li get right to work by terrorizing him with electric shockers. Next, small double electro clamps are attached to either side of Kino’s nipples, creating two small, but very intense electrical circuits. Kino’s gagged and slobbering suffering sounds are met with his double dommes’ hysterical laughter. It isn’t until Elise breaks out the electro wartenburg wheel that Kino looses it, causing Elise to set some firm boundaries with him. Ultimately, Kino’s loud suffering needed to be dampened a bit, and so a heavy leather hood is pulled over his head. He is at the mercy of An Li and Elise 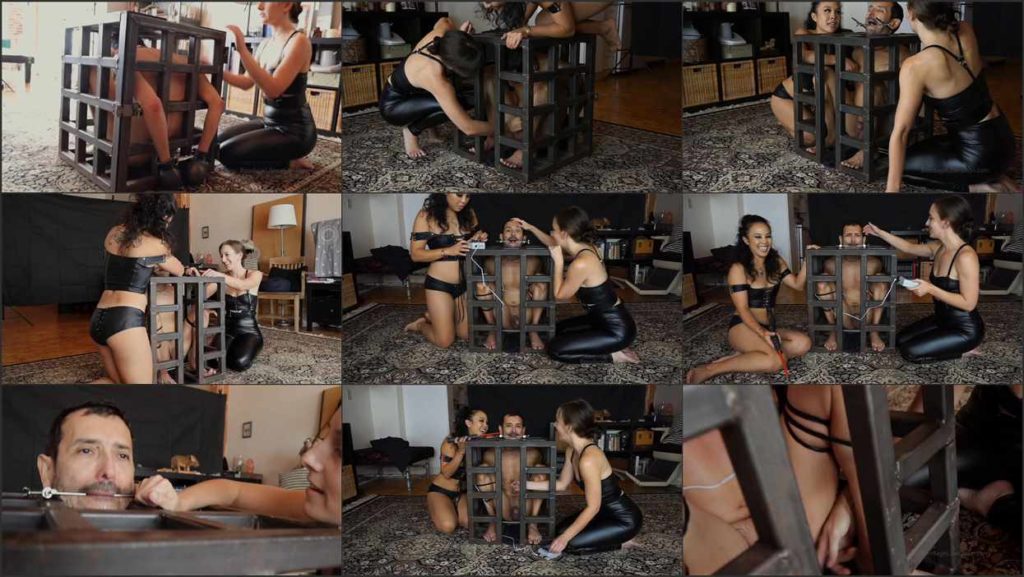