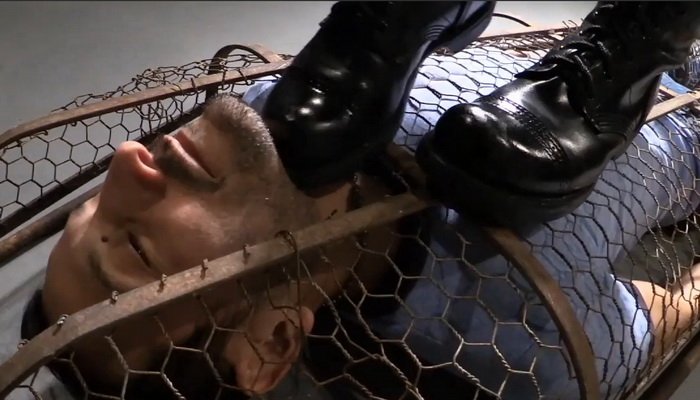 Elise Graves Bondage Liberation. Elise has Kino Payne trapped in a full body cage on the ground. The cage has two openings – one for the face and one for the genitals. This is perfect, as Elise has plans for both of those areas. First, Elise exploits that genital opening with her shiny combat boots by stomping on Kino’s cock and kicking Kino’s balls! She moves next to the face opening to then have him lick the dirty sole of each of her boots. More than anything, Elise enjoys teasing Kino, so she squats over his face, commands him to show her how he’d pleasure her pussy with his tongue, and teases him by moving close but out of range. Kino is not privileged enough to ACTUALLY lick Elise’s pussy. Perhaps many, many more hours in the cage practicing his mouth moves might just help. 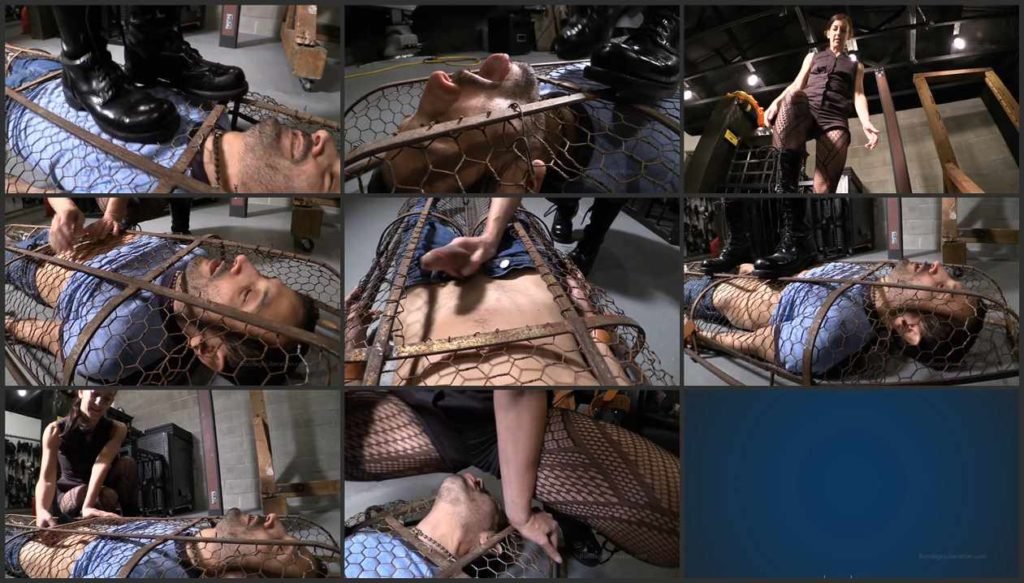