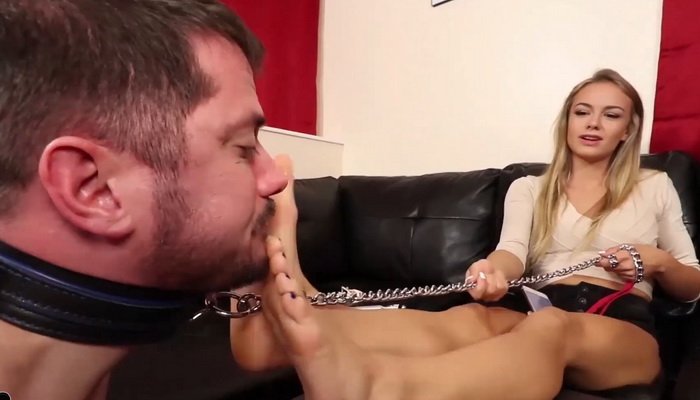 Fluffy has been invited back to Naomi’s for what he thinks is a date, but little does he know, Naomi has some incriminating photos of him cheating on his wife. Naomi threatens to go to Fluffy’s wife with the evidence, unless Fluffy agrees to one condition. The one condition is that Fluffy will become her foot slave for her to torture and do as she pleases. With no other choice, Fluffy hesitantly agrees to these terms. Without wasting anytime, Naomi begins to toy with her new slave by stripping him of his clothing and binding Fluffy’s legs and arm together making him to walk on his knees and elbows. Naomi then begins to attack Fluffy’s exposed cock with a few kicks, while Fluffy begins whimpering in pain through his gag after each blow. Naomi then sits down as she removes her open toe high heel shoes exposing her beautiful bare feet 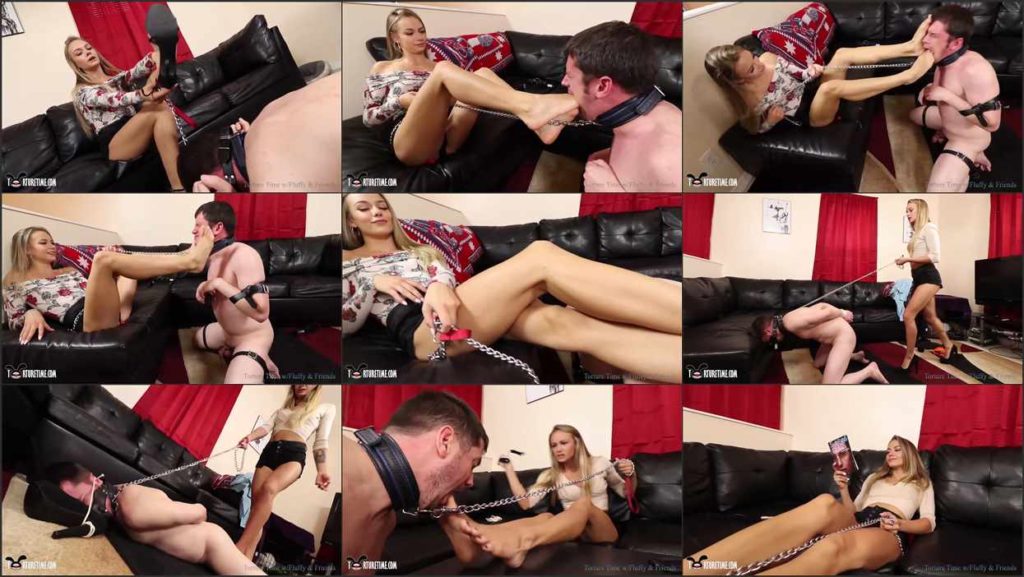 Foot Gagging, My Feet Are Better Than Sex with Stella Liberty