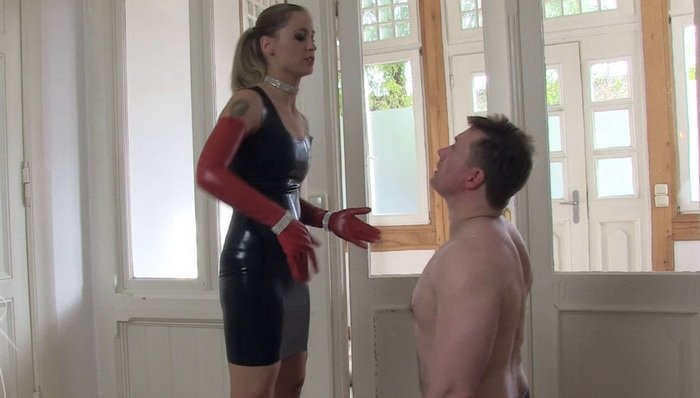 There is no reason small enough not to punish a slave. That’s the first rule in Countess Stella’s mansion. In fact, she doesn’t need a reason to punish the slave but it is much more fun to punish him fer even the smallest mistakes. This time, the arrogant countess is ready to leave the house for the party but at the door she finds a hair on her rubber dress and a small area that is not shiny. Immediately she hisses at the slave, that it was his task to call her attention on that small area on her shoulder. Even it’s unpossible for him to see that from his low position. But who cares? Immediately he receives the first faceslaps for this mistake. And of course, Stella doesn’t leave it at a few faceslaps. She hits his face with her rubber gloved hands again and again while she tells him that she is the center of his universe. There is a nice discussion without any chance for the slave to give a correct answer. All he says is inverted by the arrogant lady to make his situation more and more fatal, just to slap his face harder and harder… 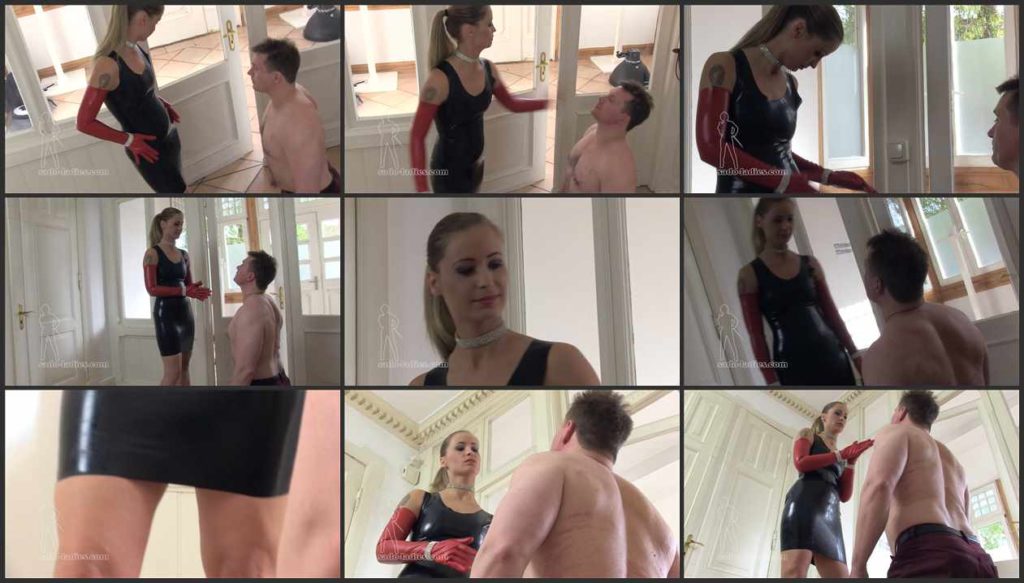 Countess Stella – Bootworship In The Hall

Countess Stella – Caned Hard By The Latexlady, Over a Punishment Rack