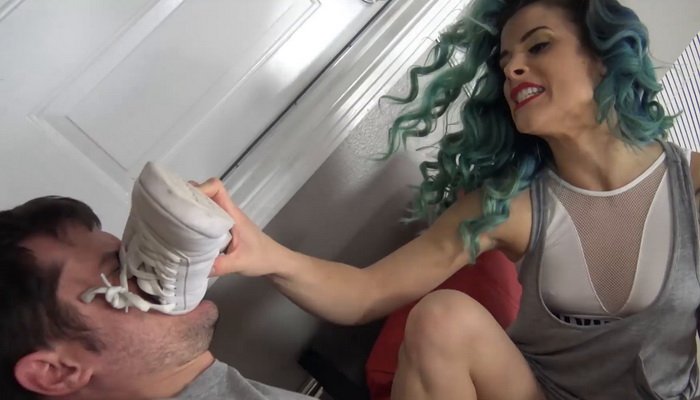 Sunshine and Fluffy have been going to the gym together, but Sunshine has been noticing that Fluffy has been spending a lot of time on his cell phone rather than working out. As soon as they return to Fluffy’s home, Sunshine decides that she is going to confront Fluffy and see what was so important on Fluffy’s cell phone that prevented him from working out. It turns out that Fluffy has been acting like a creeper and has been taking photos of Sunshine without her knowledge while they were supposed to be working out. Furious with Fluffy, Sunshine decides that in order to teach Fluffy a lesson, she would have to make Fluffy breath in her sweaty essence off of her sweat soaked feet and socks. 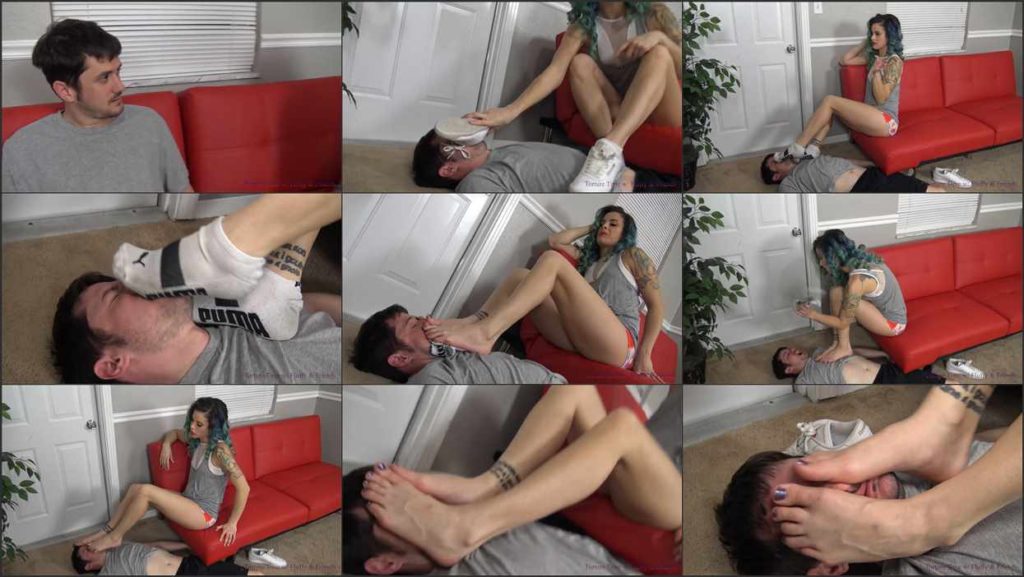 A Lazy Roommates Lesson Learned with Fluffy and Sasha Foxxx