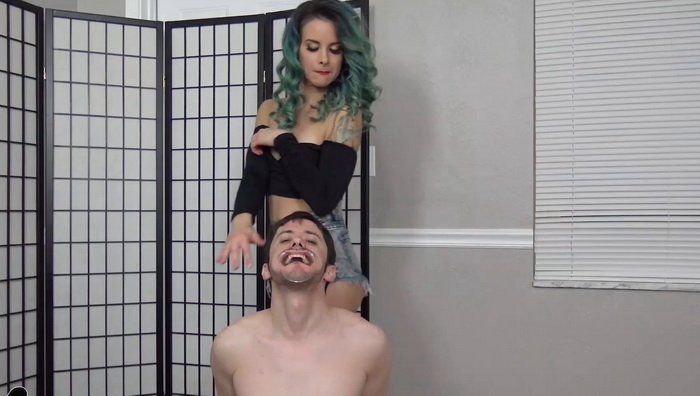 Sunshine is very pleased to find Fluffy kneeling on the floor, gagged and ready to receive his Goddess’ spit. She begins releasing strand by strand of spit from her lips and watched as it gathered in the back of Fluffy’s throat. After she felt that Fluffy had built up enough of her spit in the back of his throat, she would decide between having Fluffy swallow or having him tilt his head down while she watched strands of her spit slid down Fluffy’s chest. Featuring: Fluffy, Sunshine Tampa 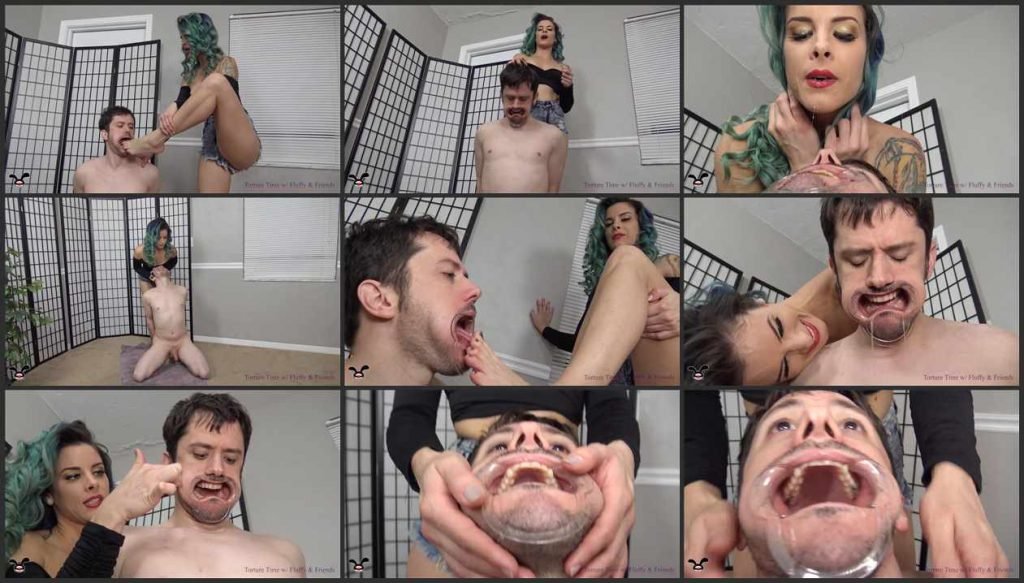 Orgasm Denied with Astrodomina and Fluffy