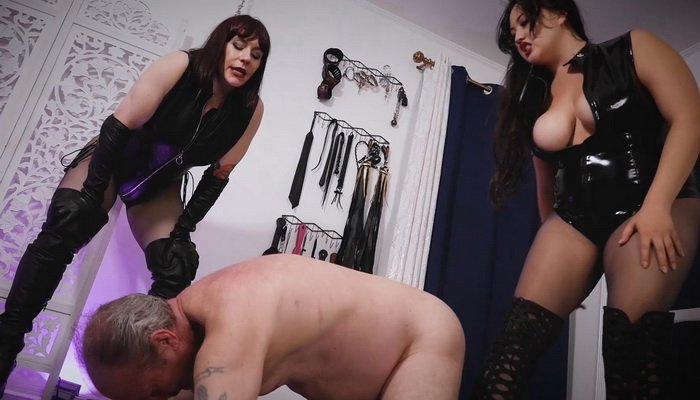 All the math adds up to the destruction of his balls. Andrea Untamed and Empress Jazmin Wu won’t settle for anything less. They take ballbusting seriously, and double team this slave in the dungeon with ferocity. He is naked and helpless as they take turns kicking him and kneeing him. But sharing is always more fun, so they put him on his knees so his balls are accessible to both Mistresses at the same time! His cries of agony with each strike to his sensitive balls are music to their ears. Can you handle a double ballbusting session? 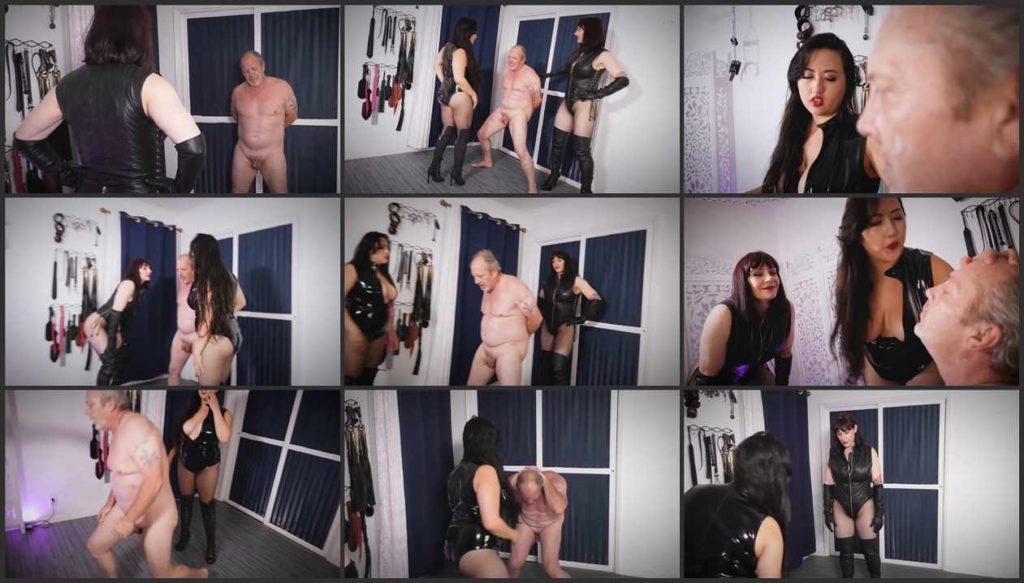