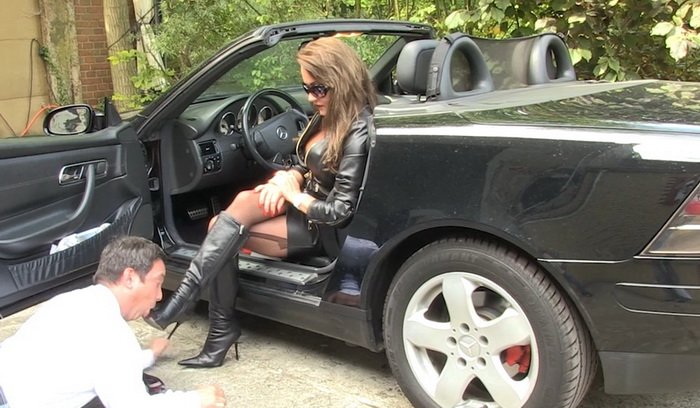 Do you know that kind of bossy business ladies who are used to be in charge and who expect that they get everything they want? Like Lady Pascal, who returns from a meeting in her expensive car, already hooting because her butler doesn’t appear immediately although he should her the sound of the big engine. “What are you waiting for?”, Pascal bawls him. He opens the car door for her but she makes clear that she wants her boots to be polished first. She puts out one leg and now you can see that the arrogant woman wears a stunning black leather business outfit and demanding knee high designer boots. The butler kneels down and starts licking the soft leather of the boots. It is no good idea to make her angry, that would end up in a painful caning. So he tries his best while the dangerous lady sits in her car and looks down at this worm. Before she leaves the car, she also cleans the soles of her boots as she abuses his tongue like a doormat 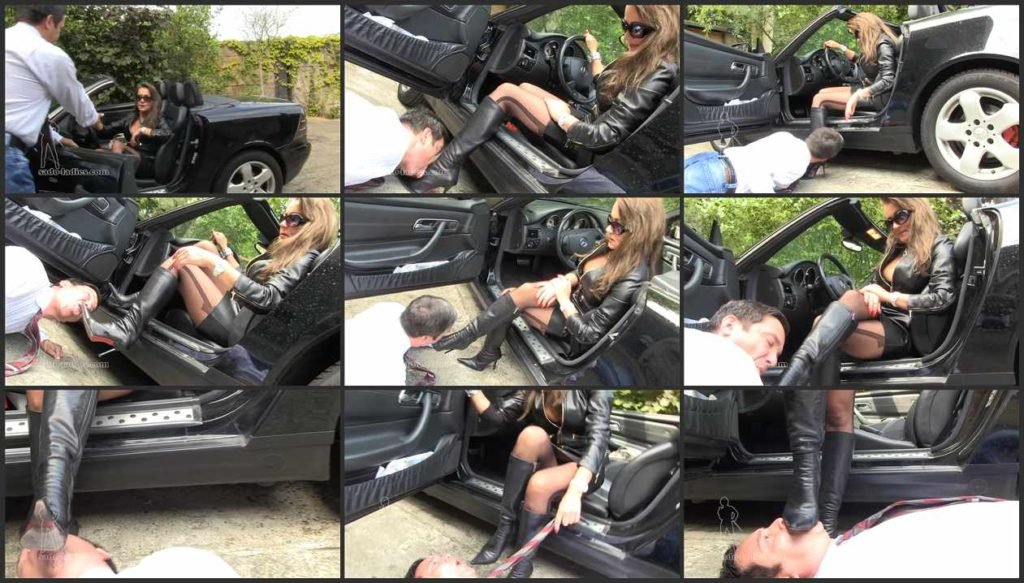