Haskell suffers his second of three wedgie torment scenes! This one is the most intense. He is tied in a bent-over position, with his torso supported in rope, and his hips eventually elevated by his wedgie crotch rope. He tries to balance on the tip of his toes to relieve the pressure from his pussy. He looks like an elegant dancer with his fabulous arches. After warming him up from behind with some paddling, I take one of his toes into suspension. This is uncomfortable in several ways – the added pressure into the wedgie and the constriction and weight-bearing of the toe – but the caning of the foot probably didn’t help either! He handles it all like a champ. After bringing his second toe into suspension, he is now fully suspended, with the majority of his weight hanging in the thin piece of fabric digging deep into his pussy. I am a bit jealous of the underwear digging deep into his body, so I grab a vibrator and begin grinding it into right on top of the wedgie, causing several screaming orgasms. At this point, he is a slobbering mess and I love it! Well done Haskell! 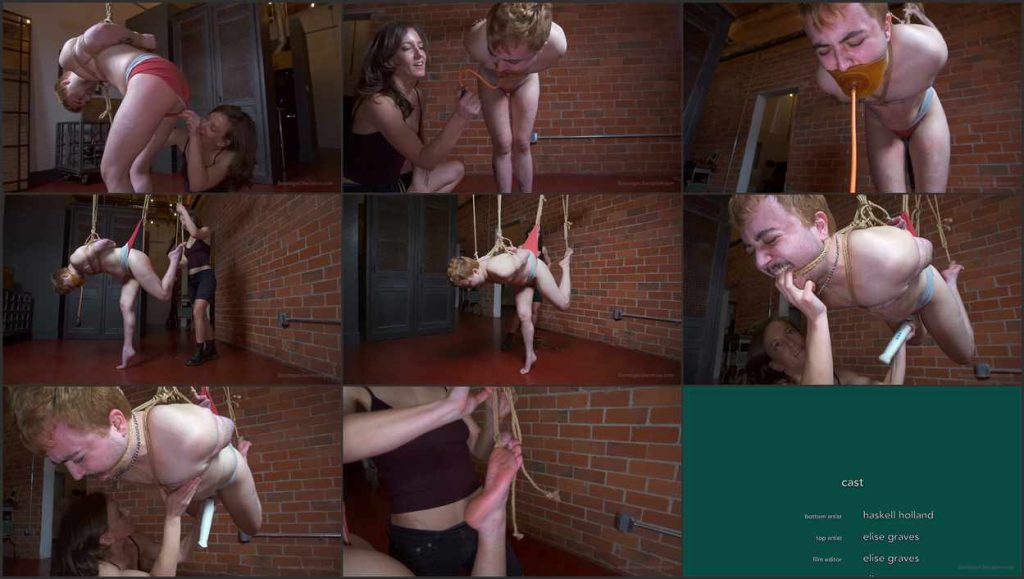 Kino suffer in a waist rope, he has a strong stomach

Sweat Fetish, Suffering for You with Elise Graves

Sniff My Toes and Fuck My Leg, POV Pantyhose Domination