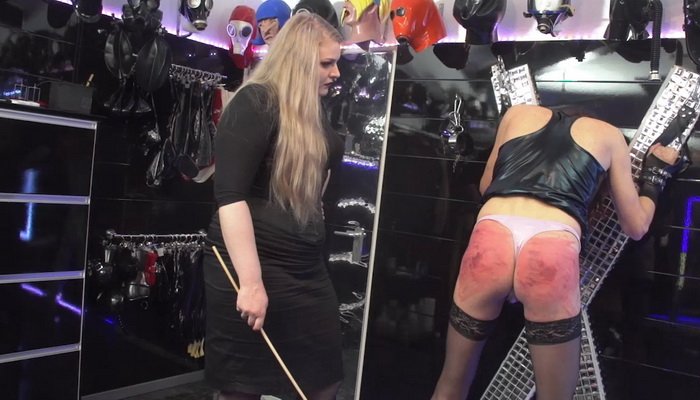 Lady Selina catches her slave lying about his whereabouts last night. THE PERCEPTIVE MISTRESS makes him admit he had sex with friends. THE PALACE doesn’t permit such liberties, so she fastens him to the St. Georges Cross and has at ‘im. LADY SELINA is A STRONG WOMAN, who knows how to make her whip and paddle unforgettable. He soon has a whole lotta trouble sticking his bright red butt out properly. When LADY SELINA gets done with his ass, it won’t be fit for fucking anybody for a while. Once it’s blushing like a baby, THE SADISTIC LADY switches from paddles to whips and takes a cat-o-nine tails to his helpless cock and balls. He may not be lovin’ every minute of it, but she sure as hell is! When A SADY LADY has this much fun, she has no choice but to bring on the switches. Eventually, he’ll learn to do everything she tells him…and nothing more. she only wants what’s best for him. If he insists on sucking cock for dinner, LADY SELINA will serve him plenty of just desserts. Too bad he wore that cherry red lipstick. It’s gonna take a good while to get his ass THAT red, but MISTRESS won’t stop till she draws blood. All she’s asking for is just a little respect. 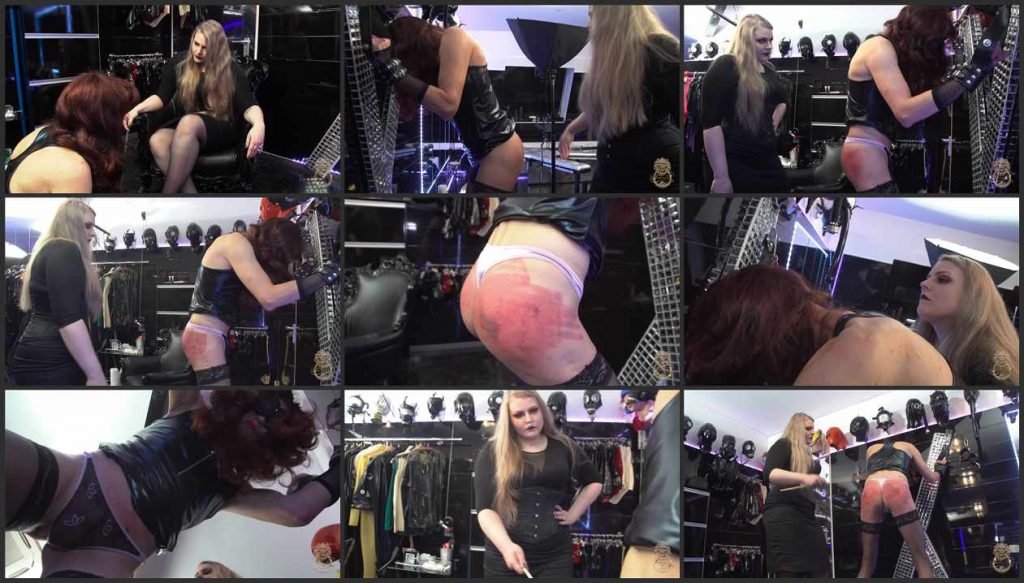 As Red as Your Lips with Lady Selina 2