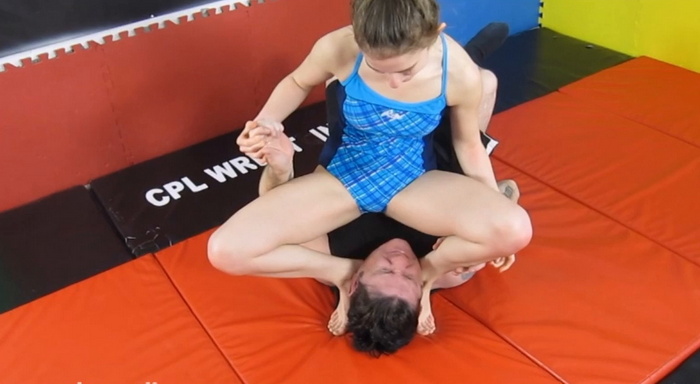 The feisty and highly aggressive Aubrey hits the mats challenging Chadam to a no tap no mercy style match. He literally had to fight his way out of any hold Aubrey puts him in. Once he reaches the point where he can not escape, or can not continue, or more so, gets KO’s then the match is finally over. Aubrey loves to be rough for a smaller girl, she has a lot of power, and most of all no regrets. Once they begin, Aubrey struggles with the take down, but finally does so with a headlock flipping chadam onto his back. Wasting no time, she secures his arms, and keeps him down a very tight schoolgirl pin. She already taunts him, as he exerts his upper body strength to try and unseat Aubrey, but that failed. Aubrey keeps his arms under control while she slams down into a facesit. Chadam struggles desperately beneath her, and finds a way to get air, quite a few times. Thankfully for him he was able to escape this early on in the match. Aubrey then sits back on his stomach and digs both of her ankles into his throat. He fights the pain and tries lifting his head. Aubrey just uses her hand and pushes down on his face keeping his head immobile. He tries to fight through the pain, and Aubrey then uses hand over mouth to smother him all the while digging her ankles in hard on either side of his neck. Seeing that was not making him quit, Aubrey slams back down onto his face in a hard facesit. His fight for air was getting harder, then Aubrey jumps into reverse. 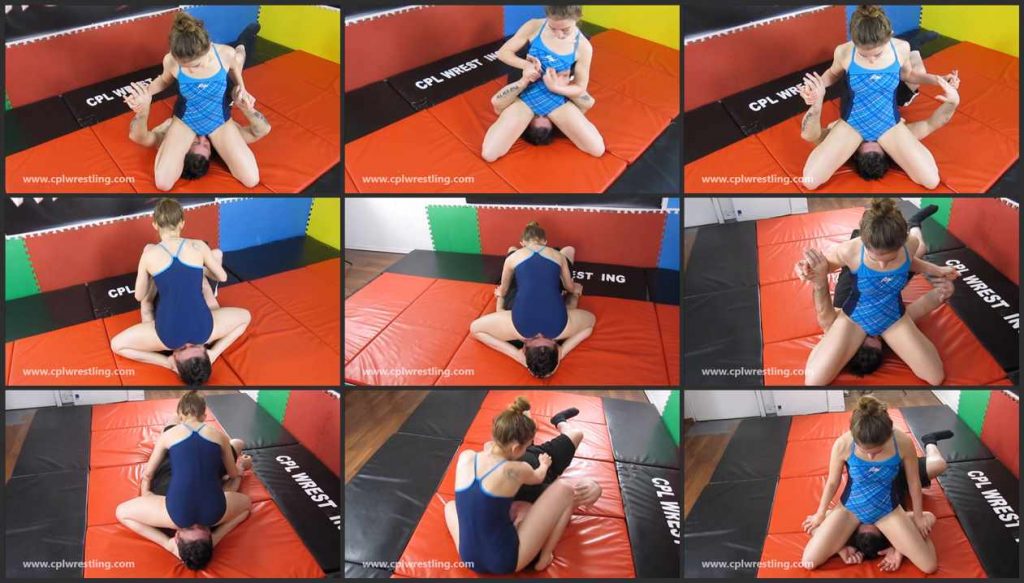 Fucked in a Few Positionsin a Hotel Room by Aubrey Kate

Corporal Punishment and Hard Whipping in Red with Mistress Akella

Facesitting Queen Kalashnik – No Escape From My Riding Pants