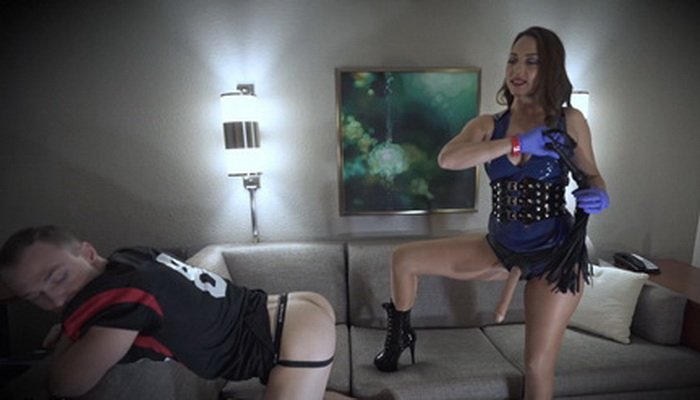 This jock just lost a huge bet with his sports bruhs and the condition of his loss was that he have a session with a Professional Dominatrix. Lucky for him, his buddies set him up for a ‘hot date night’ with Miss Stella Liberty, breaker of men, and destroyer of dreams. At first he thinks things are gonna get all sexy and kinky but she is sizing him up like a piece of meat from the second she sees him. He checks out her juicy behind and tells Miss Stella that he is an ass man. She laughs and tells him that she is also an ‘ass man’. Before he knows it she has the quarterback bent over light her little bitch tight end. Surprisingly enough it is only a matter of minutes before he is begging for her to score a field goal deep inside his rectum… Mistress Stella loves turning bros into hoes and this little girly boy will never be a defensive end ever again 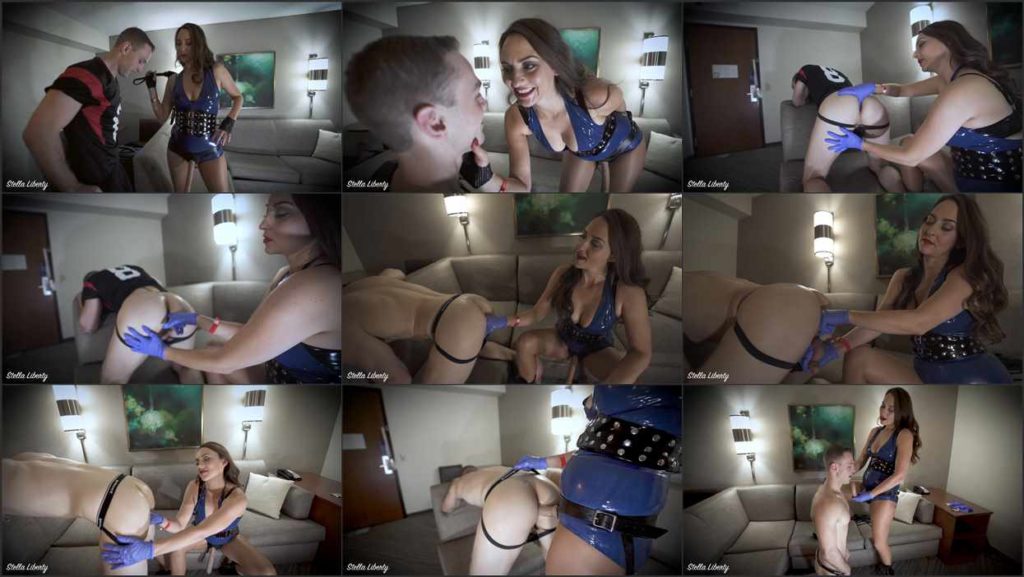