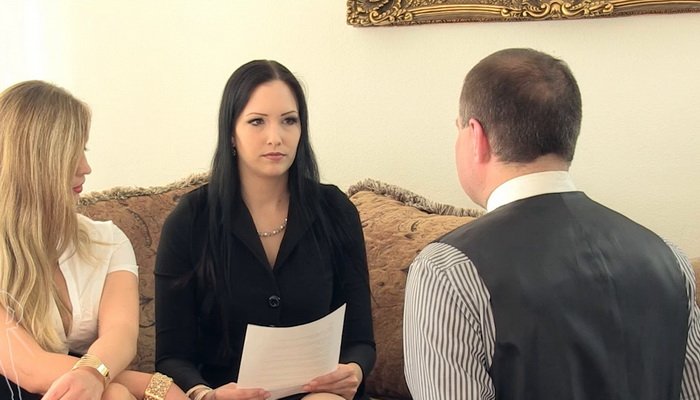 This clip shows what happens to a brave man who applys for a job as a secretary in a model agancy. Nothing special, you could say, but not, if Mistress Nemesis and Stella are the owners of the agency. From the first moment you can see that both ladies are in a bad mood. First of all, Nemesis orders the applicant down on his knees. His eyes should not be above hers while she sits. Because both women are in a snit of the males who have no idea of the fashion business, they have a special test for a new secretary. He has to answer several questions about fashion. Well, that sounds harmless but as you know, Stella and Nemesis are dominant and cruel women. So, a wrong answer means immediate and hard face slaps. And the poor man doesn’t know a lot about fashion, so this test ends up in a face slapping inferno by two bad-tempered Mistresses. 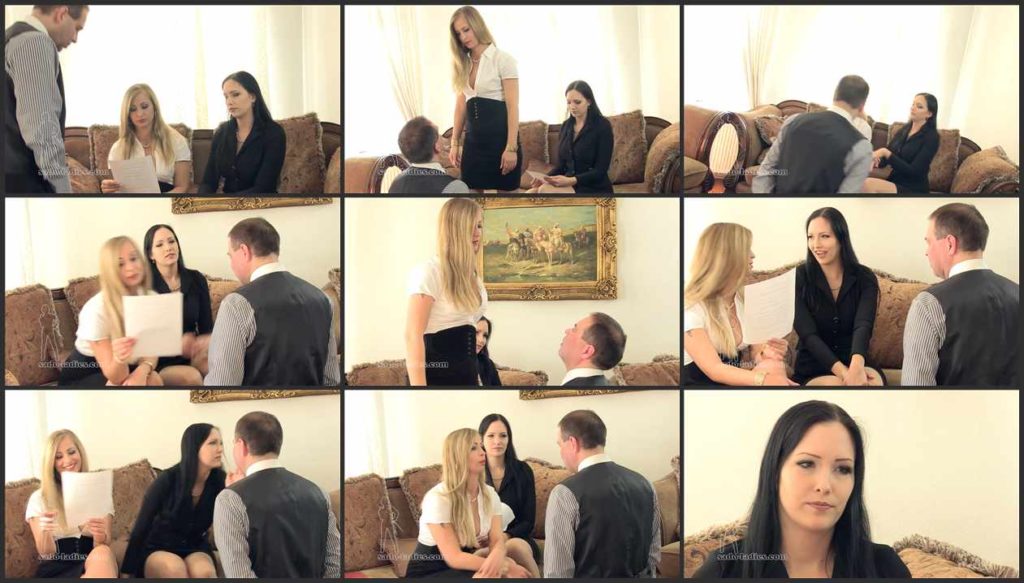