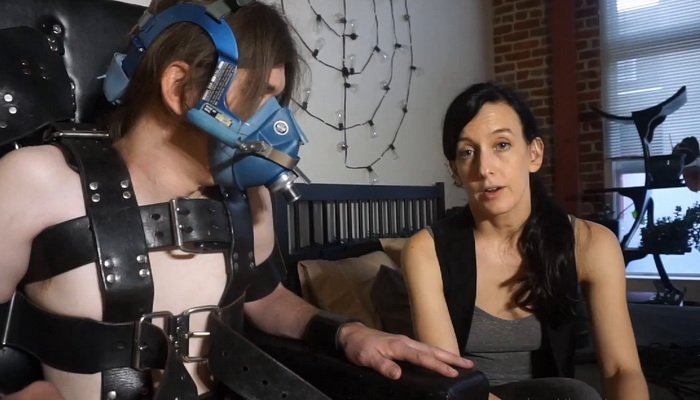 Dart_Tech and Elise Graves. If there is anything certain in this world, it is that Elise Graves LOVES controlling a person’s breathing capability. In this case, it is Dart_Tech who is her play toy, at the mercy of Elise’s toying and utter enjoyment of fucking with him. The video begins by Dart_Tech and Elise discussing the finer aspects of breath control, particularly with the amazing ventilator that is the star of this show. Elise then puts her friend into the Serious Bondage chair, and fine tunes it to her liking, which could be defined as utter inescapability. Once she knows Dart cannot get out, she then turns on the ventilator and thus, the games have begun. First reducing Dart’s breathing rate down to a handful of breaths per minute, and then bringing him up to near hyperventilation, all the while shocking his genitals with electricity. She then attaches a heart rate/-oxygen monitor so that she can keep an eye on her friend’s well- being, so she knows how far they can go. 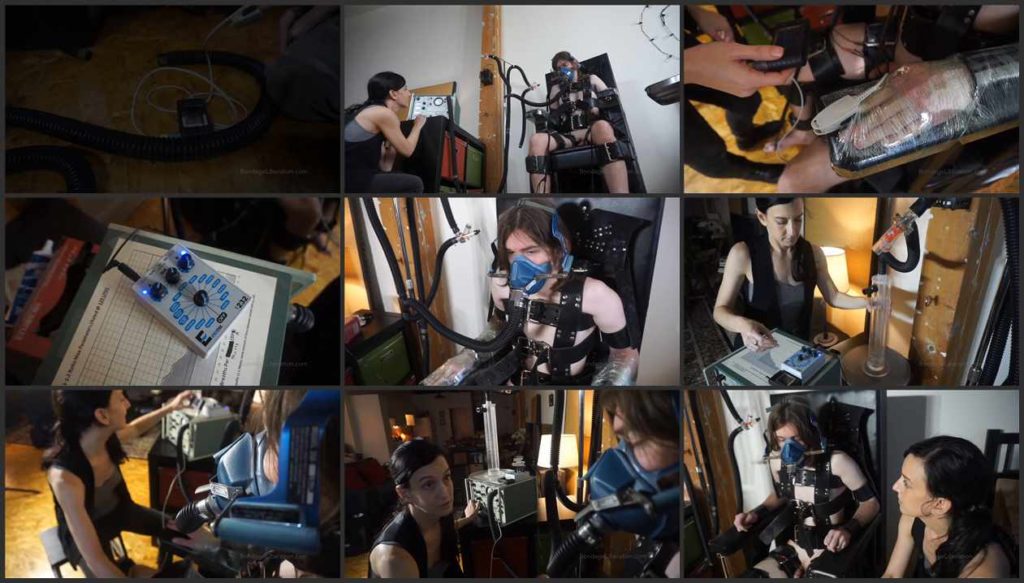