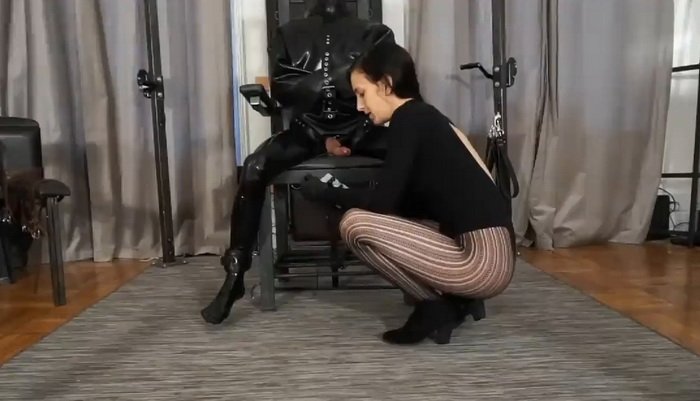 Elise is in New York and feeling frisky. She meets up with her pervy friend from the UK for some fun. First, Elise straps on a heavy rubber straitjacket over SteveLovesKink’s full-body rubber catsuit. Then she pulls out an ass plug from his ass, as she has other plans for that hole. Next Elise slides a rubber piggy breath control hood over his head and locks it into place before strapping him into a metal bondage chair. Elise orders SteveLovesKink to sit down slowly onto the chair while stuffing his asshole full of a cock, resulting in being impaled on the chair. The dick is now inescapable, especially after Elise raises it up and locks it into place. Adding in electrical bands around his balls and cock, Elise enjoys controlling her friend with the turn of a knob. Speaking of knobs, Elise has something for that too. Pleasure does not come for free, and so if there is to be any stroking around here, its going to be electrical. The electric masturbator sleeve will do quite nicely for such a greedy, filthy piggy as SteveLovesKink. Watch as he fucks himself in the ass on the impaled dildo – hot! 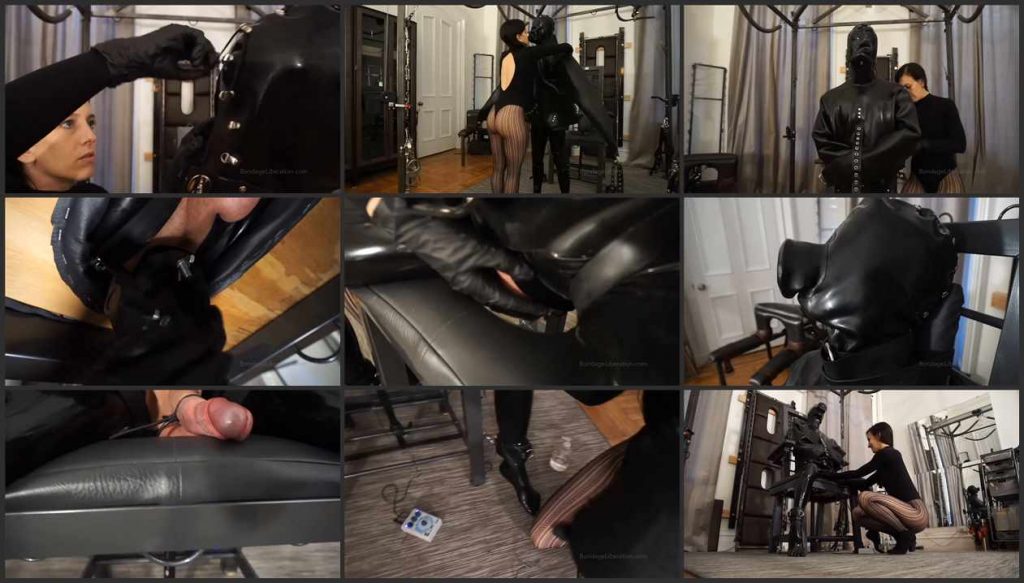 Rubber Bondage, Go Fuck Yourself with SteveLovesKink and Elise Graves

Medical Restraints, Happy Birthday, You Crazy Fuck (parts one and two) with Elise Graves and SteveLovesKink