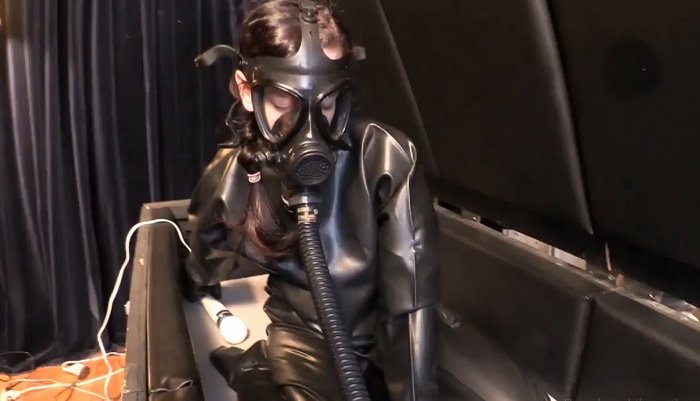 Elise Graves encases her rubber pervert friend in multiple layers of old school dive suits before adding a rubber hood and gas mask. She leads him into the back room at the Serious Bondage Institute and guides him into a coffin-like isolation box complete with a piece of custom-cut foam shaped for his body. As Elise fondles his rubber-clad body, she begins to get worked up herself. Soon she connects Diver’s gas mask to a bubbler bottle outside the box, closes the lid and finds herself some rubber to wear. After dressing in her own old school dive suit, heavy rubber gloves, and a gas mask, Elise returns to the box housing her friend, raises the lid and climbs right on in! Due to the fact that all the rubber is chlorinated, it makes for a lovely slippery experience between the two of them. Elise begins to use Diver as her own masturbation fodder, grinding herself against him, vibrating herself on top of him, and ultimately forcing him to orgasm himself – right into his rubber pants. Elise and Diver, both post-orgasm, slide into rubber oblivion together inside that coffin box. 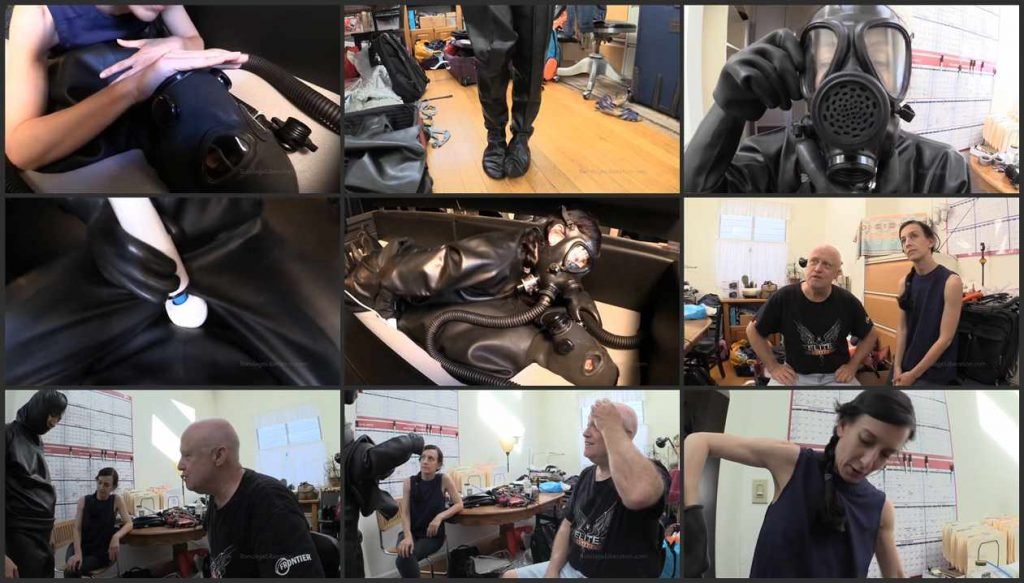