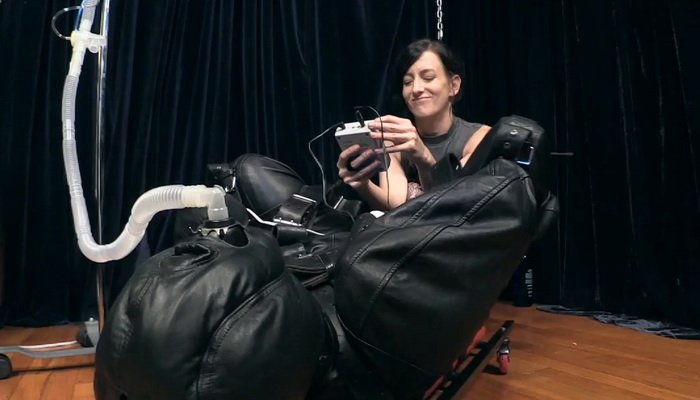 Elise Graves loves being in total control of your body, your mind, your arousal and your interpretation of pain. LustKinkySteve likes giving up that control to Elise, as he knows she is capable of taking him on a very wild ride. Steve, encased in a total-enclosure leather gimp pup suit, complete with isolation hood, is physically incapable of controlling what happens to his own body. Then electrics are hooked up to his cock and asshole, which then intensifies his helplessness in Elise’s hands. Adding a particular machine means that Steve is no longer in control of his base functionality. Elise can finely control all aspects of Steve – bringing him up and down. She can roll Steve around on the little cart he is attached to for further control of every last drop of Steve. It’s good to be Steve. 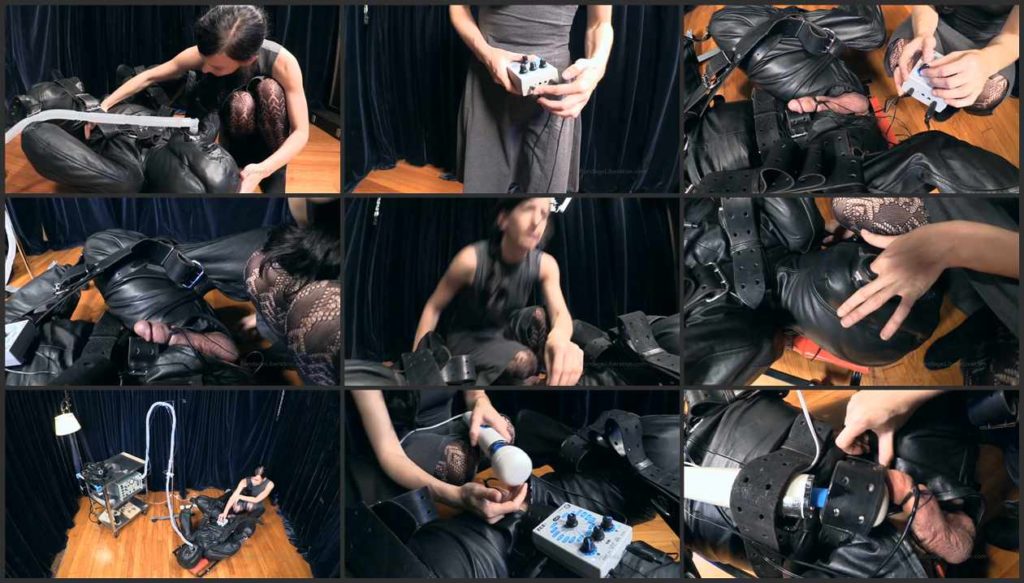