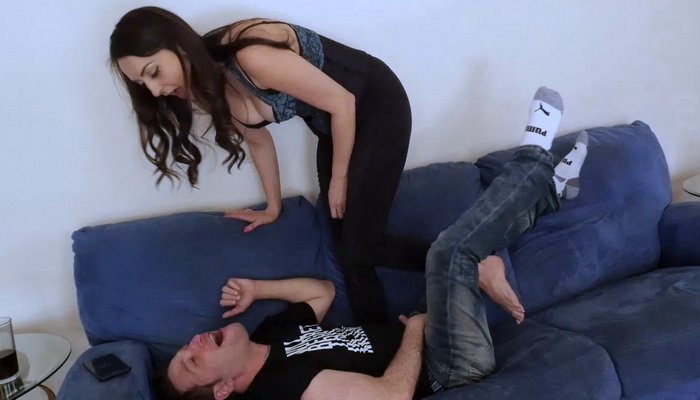 Stella is hanging out on the couch while K Dynamite watches the game and she starts annoying him with her taping, vaping, yawning and attempts to get his attention. He tries to keep her from bothering him but she won’t give up. Eventually he tells her to leave him alone and she turns on him. She tells him he has no idea what it i really like to be smothered. She takes his breath away with her sole and ass and reveals that she had been playing him all along so that she could benefit from his gambling losses. 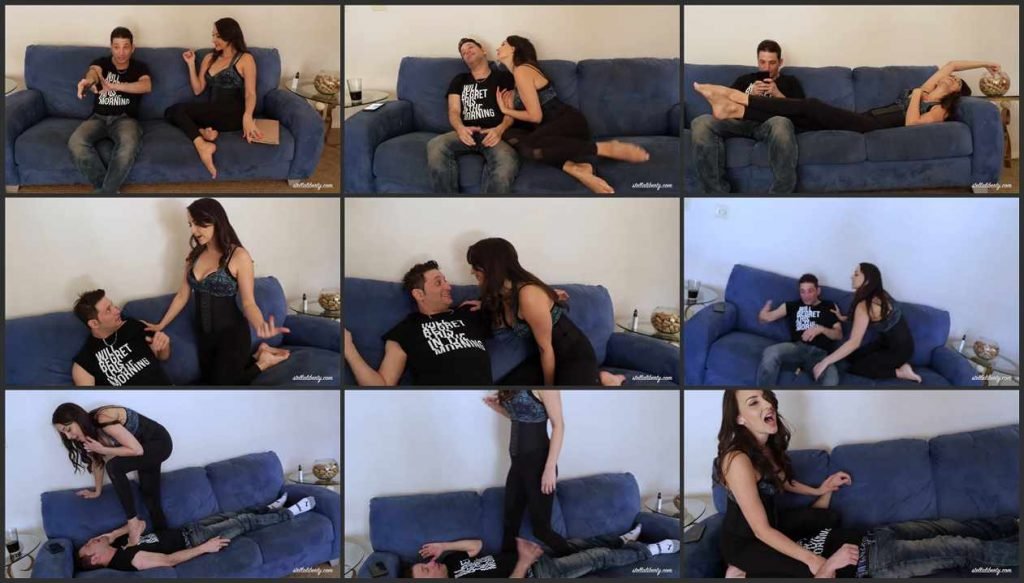