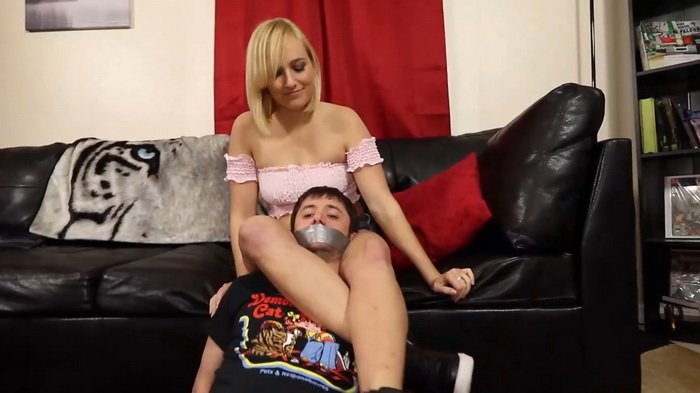 Fluffy is returning home, only to be greeted by Kate as he turns the key to unlock his front door as she sneaks up from behind him to knock him out. Fluffy comes to, to find himself restrained on the floor with a tape gag over his mouth. Kate has been hired to handle Fluffy and she is known to toy with her victims a bit first before finishing what she was hired for. She starts by sitting behind Fluffy on the couch as she begins scissoring Fluffy between her thighs as she begins smothering Fluffy with her hands. Kate would toy with Fluffy in this position for a few moments, before turning her body around to begin smothering Fluffy with her perfect ass. Next, Kate would remove her sweaty sneakers that she has been hunting Fluffy in all day, uncovering her sock covered feet and has Fluffy to take a big whiff inside her sneakers, followed by toying with Fluffy some more by now smothering him with her sweat soaked socks. 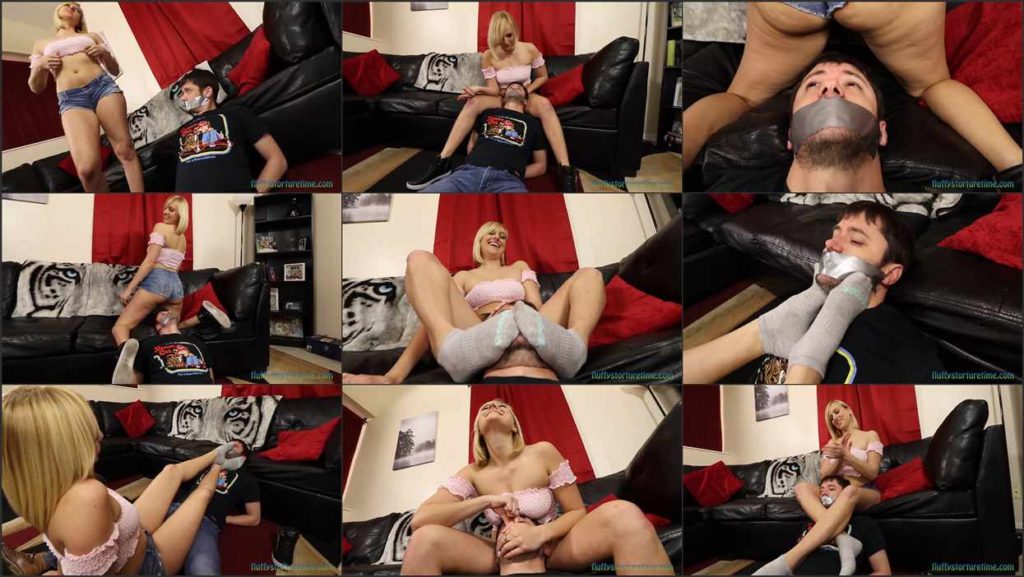 CBT and Ball Abuse, Invited To His Demise