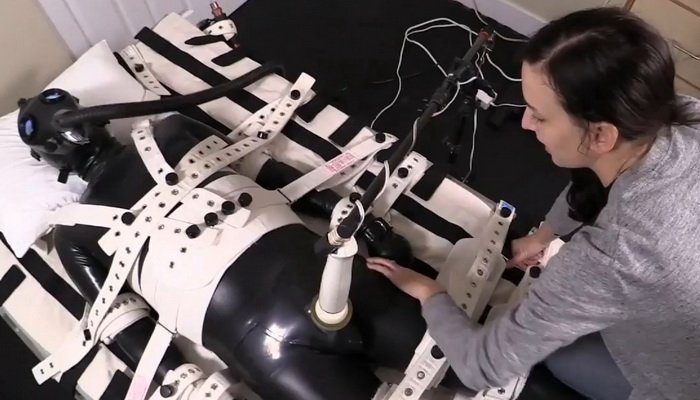 Rubber-clad J is in need of a special treatment. Thankfully Doctors Tech and Graves were on call to administer the experimental treatment known to some as Extreme Stimulation Sans Air. J is connected to a computer which gives him access to air for 15 seconds at a time, only to cut that supply completely off for 10 seconds – while simultaneously vibrating his cock! This means that J needs to not only deal with the complete lack of air, but while he is being intensely sexually stimulated! The computer screen counting down the seconds until his access to air is removed is visible to the room, however J is wearing a gas mask with kaleidoscope eyes, which distorts his vision, making it difficult to focus! J is brought to the edge of sexual arousal quickly and yet remains sexually frustrated the entire treatment, as he does not have enough time to orgasm, but remains entirely stimulated. 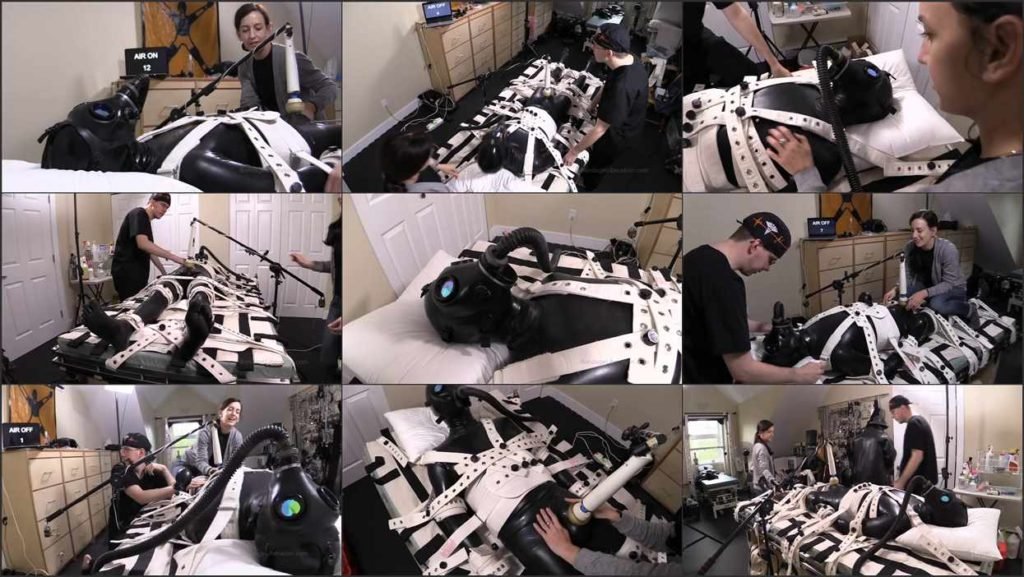 Tease and Denial, Trapped in the Tease Box with Elise Graves and Tony Orlando