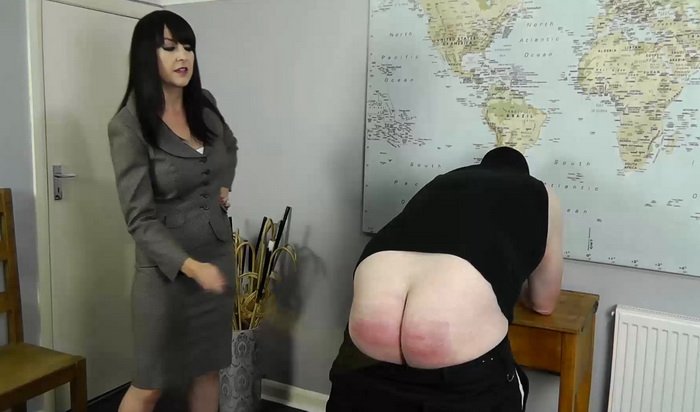 Miss Jessica comes in to see a naughty pupil who is up against the wall with his hands on his head. The foolish pupil decided yesterday, that instead of writing an essay she had set him for detention, that he would leave when she left, thinking she wouldn’t come back. However, when Miss Jessica came back and he was nowhere to be seen and the essay wasn’t completed, so he has now been called in for a punishment detention today. He is bent over the school desk, his trousers and underwear are pulled down and he’s going to get a cold caning for as many strokes that she thinks he deserves for his naughty behaviour yesterday. 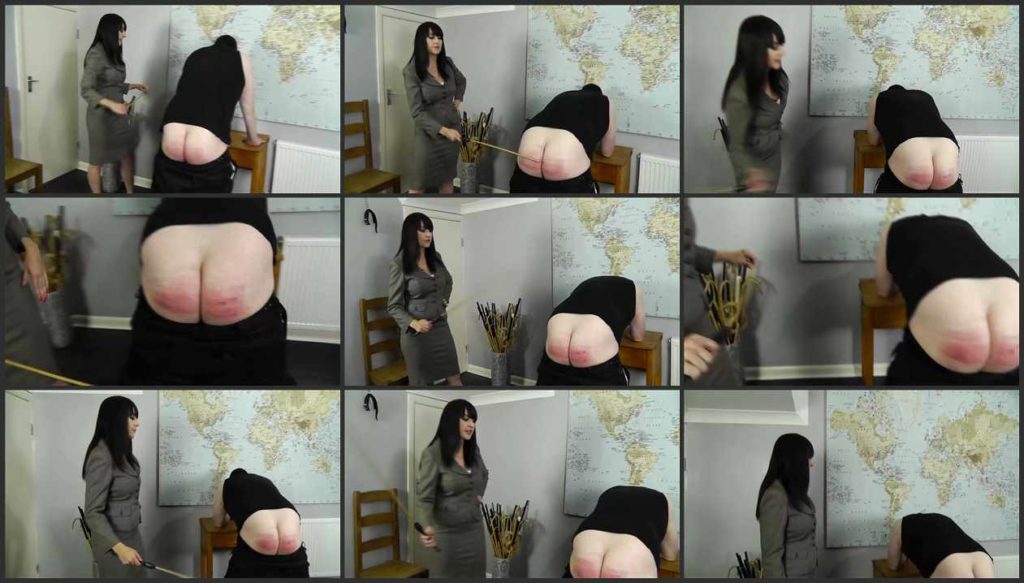