This guy, standing only at 5’1, 133 pounds, applied to be a ballbusting slave. He couldn’t be much taller than Leslee, and she is only 5 foot. He wanted to come for an audition, with no experience, and the girls found him to be quite funny. He wanted to impress the girls so bad, and was trying so hard to act tough. But it was clear he could barely handle it. He had never had any kind of ball before. And had no idea what to expect. Found himself on the floor a few times. The girls took it easy on him at times because he was such a delicate little thing. You could see his reaction to every little tap of the balls. A little over halfway through Leslee got under his balls for a reach around ball squeezing and that did him in, he started yelling his safe word. We don’t know if he forgot his safe word, or the girls just kept going anyway, because apparently red was not his safe word. Leslee just kept squeezing hard trying to pop them and hitting them as he begged to just go home. This is what he gets, for wasting the girls time. 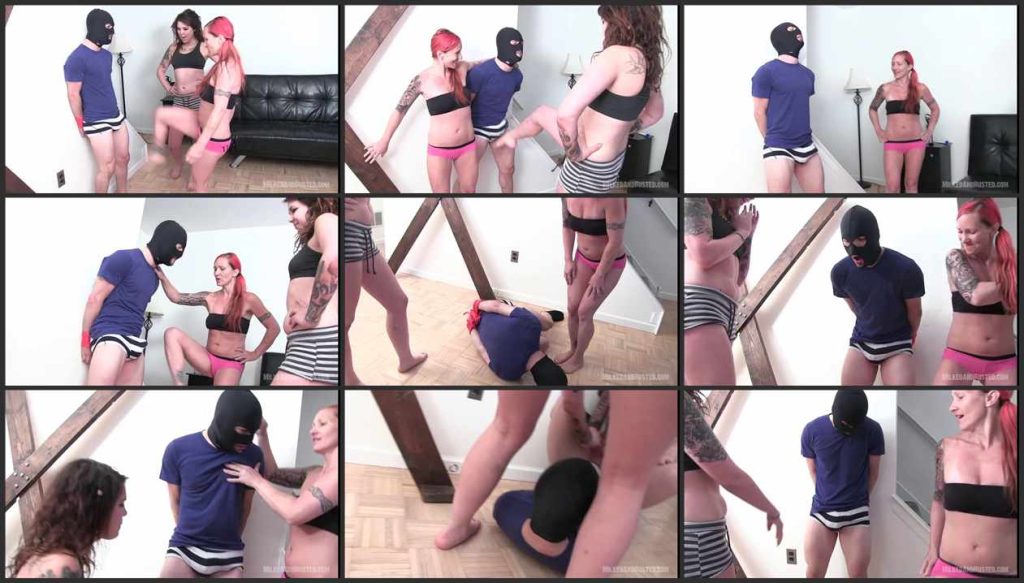 Ballbusting with My Favorite it’s So Much Fun

A Ballbusting Relaxing Session with Mutiny

Crusher and my slave pleasuring this pussy

Ballbusting my piggybank open for the rest of it $2k