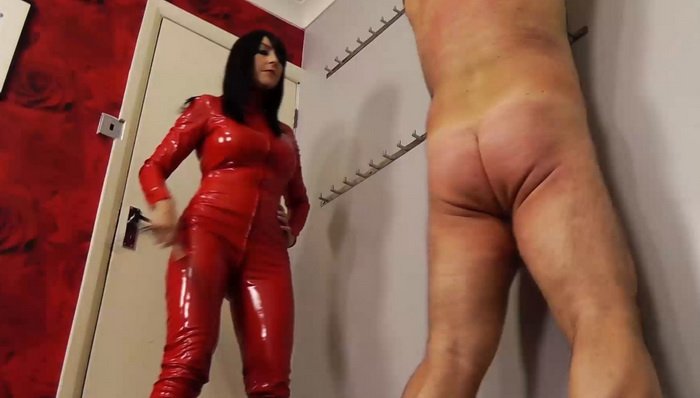 Miss Jessica has left her slave tied up to the wall, but she promised she’d come back and see him after dinner as she thought he might need waking up a bit. Dressed in a red PVC catsuit, Miss Jessica starts laying down lash after lash of strokes of a belt, all over his back. She’s annoyed about his slacking off as her house slave. When she thinks he’s had enough of the belt she gets out a rubber tailed whip to punish his back with further. The rubber really stings and cuts the skin. A harsh punishment indeed. 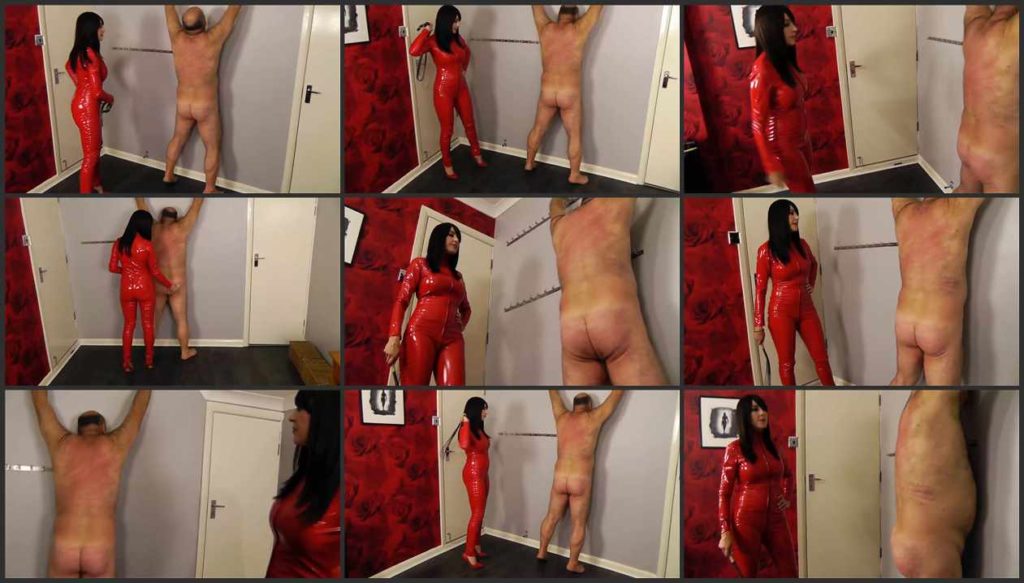