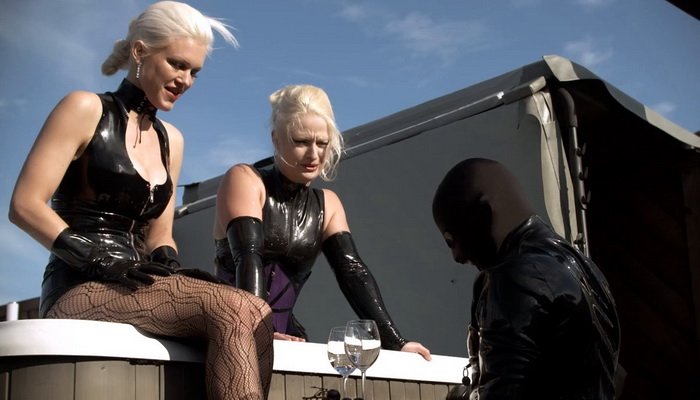 The Baroness has captured an informant with the help of her friend Lady Lia. Strictly hogtied they leave him lying in the sun. Meanwhile they amuse themselves with teasing the latex butler of the Baroness. Taking a bath in the whirlpool they humiliate him. And due to his imperfect behaviour they punish him: They beat his ass. And the poor guy is ducked underwater by the two beauties. 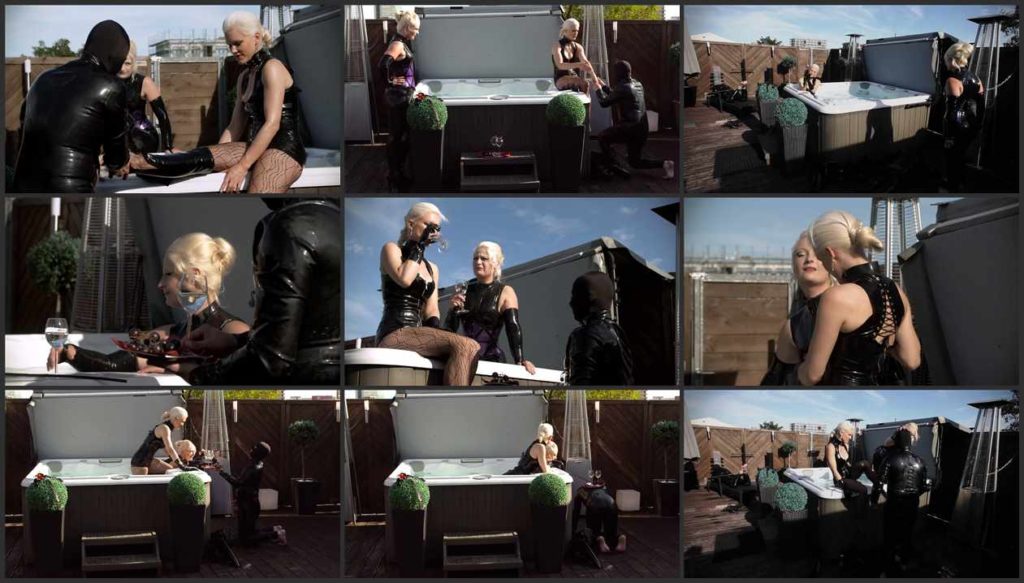