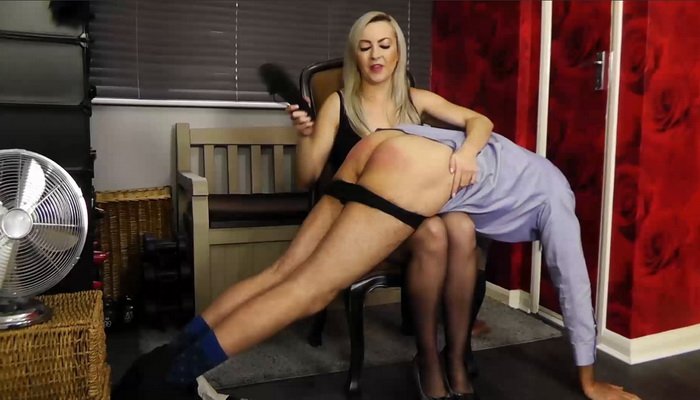 Jessica’s date comes round to the house, she’s all dressed up ready to go out and he starts tellig her he’s a bit strapped for cash and maybe she could cook instead! The first time he said he lost his wallet! So she lures him into sexy thoughts but instead gets him over her knee for a good hard hand spanking whilst telling him off. She then gets a plastic flip-flop to further punish him over his knee which really stings and tells him this is his one and only chance to improve! 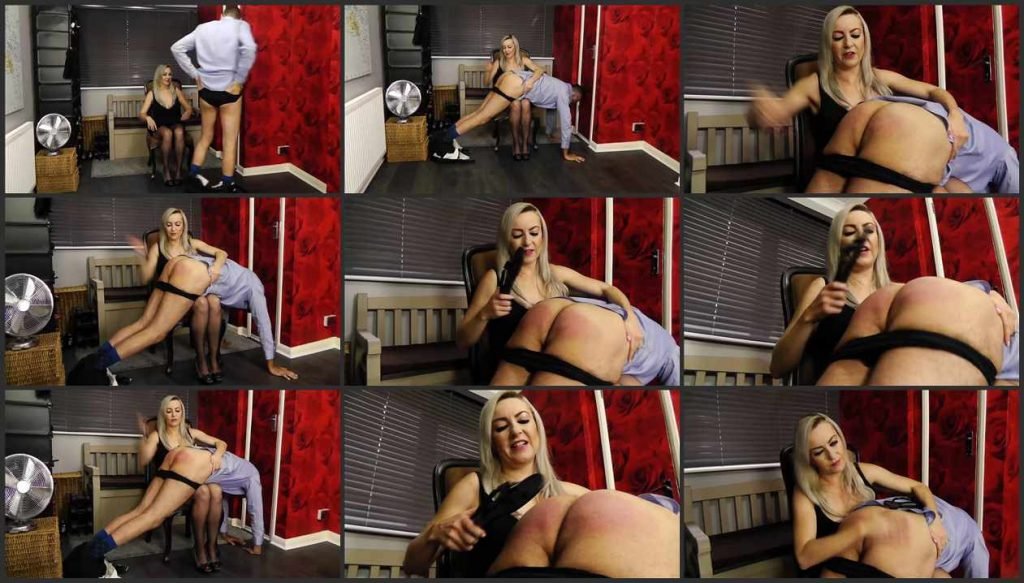