Mistress Stella Liberty and Empress Jazmin Wu have strict rules of behavior in the Dungeon. We don’t want to hear anything from our slaves besides “thank you, Mistress!” and “yes, Mistress!” When men come in and talk too much we have punishments to shut them up. We string him up and confine his dick in a harsh humbler. Our beautiful hands cover his mouth and control every inhale and exhale while he writhes in pain as we torment his nipples and punch him in the dick and balls. The only sounds he makes now are groans of agony, which harmonize with our laughter as we ruin his body! 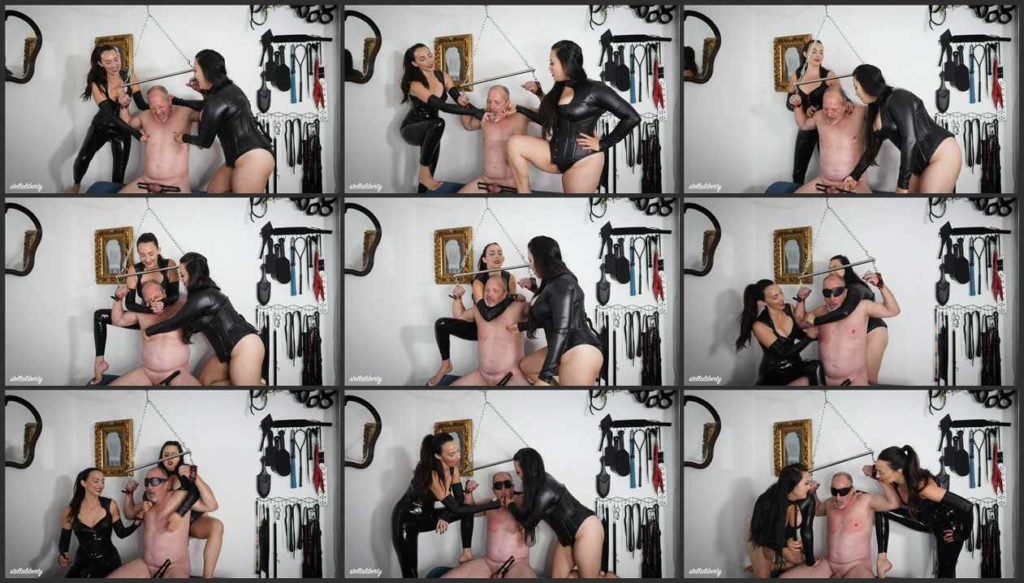