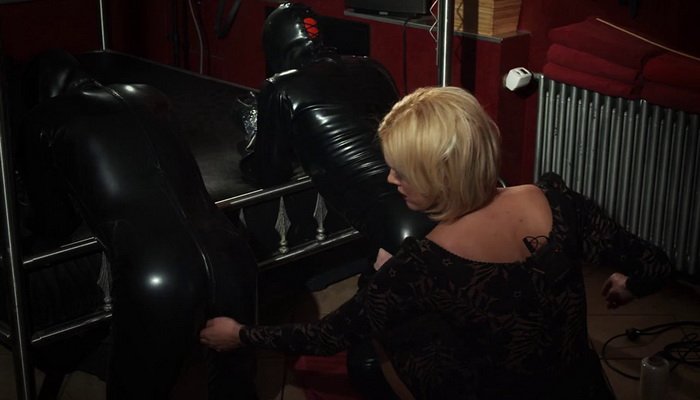 The Baroness has secured her latex slaves and humiliates them with Olympic slave games. Disobedince is punished with the cane. The first discipline is receiving an enema by the mistress. Who will endure for a longer time and take the bigger amount of water? The Baroness inserts the enema tubes into the anuses of her slaves and starts the flow of water. The slave games are about to begin. 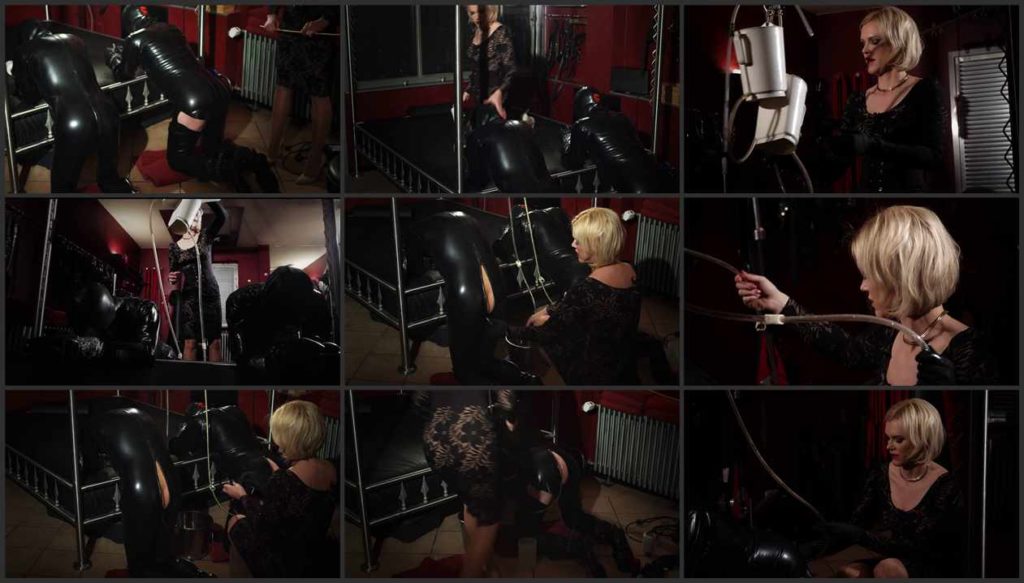