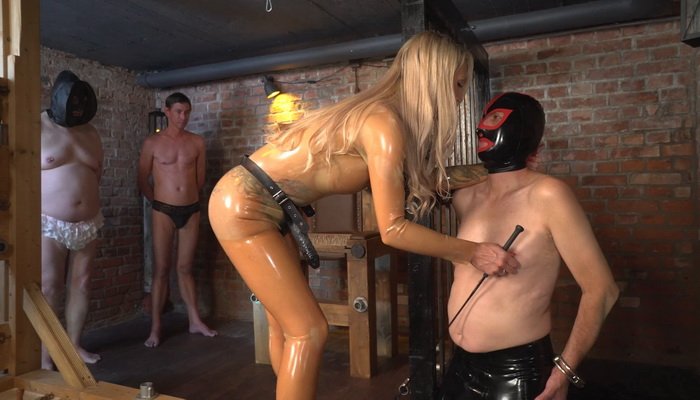 The slave crowd of Calea Toxic has picked up a sex tourist on the street, overwhelmed him and brought him to re-education. He is imprisoned and tied up in her cell and doesn’t even know what is happening to him. Mistress knocks some sense into him and he realizes that he can’t joke with his mistress. Let’s see how long it takes for him to be raised to a submissive rubber whore. Experience Calea Toxic in her verbal-erotic element. Rating “must-have”. 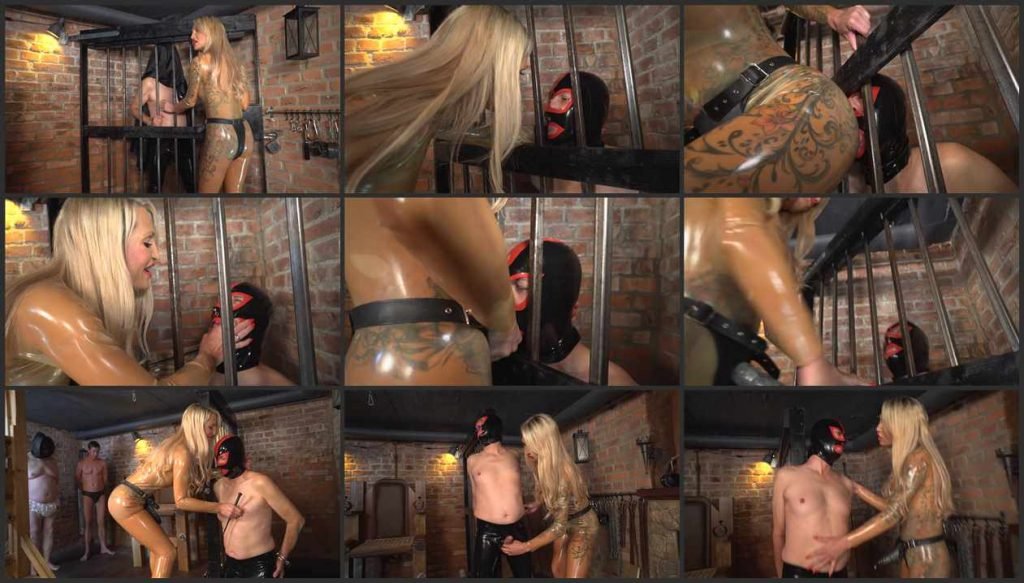 Bound and Whipped with Calea Toxic