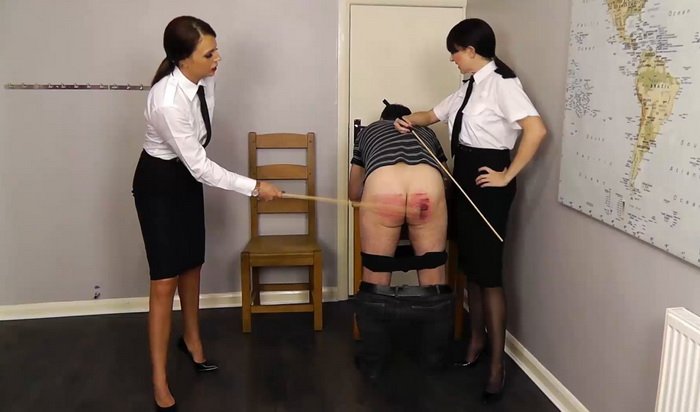 Officer Sarah Jessica brings in a convicted criminal straight from the courts. He was arrested for reckless driving and as a new court initiative, he’s been bought straight in for punishment, rather than clogging up the prisons. If he misbehaves again he gets another 50 strokes of the cane just before he goes back to court for the judge to decide what further actions should happen, so he better behave after this severe punishment. Taking it in turns, Officers Jessica and Sarah Jessica give him 5 cane strokes each at a time until the 50 is up. His bottom looks a very sorry state by the end. 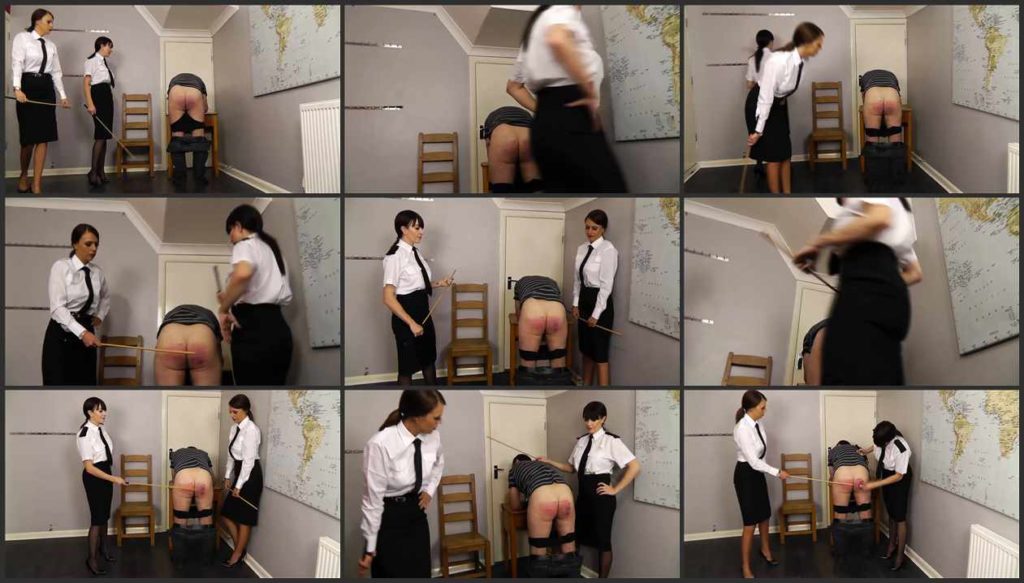