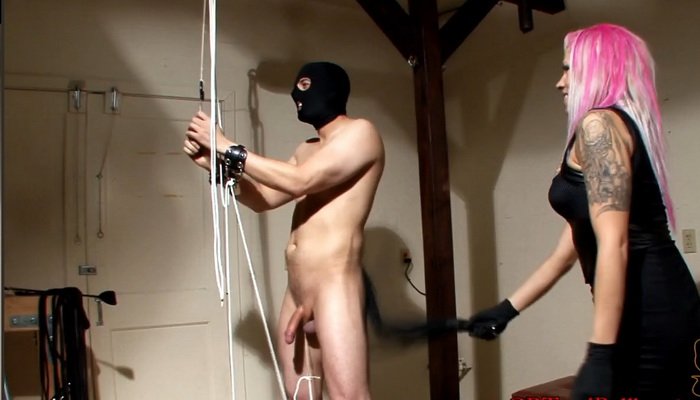 CBT And Ball Busting
Mistress Nightshadow has a little game in store for her play toy. She ties his hands to a point above him, and then runs a rope down though a ring and up to the elastrator band she put on his balls. Then just like a carrot on a stick, she hangs a pair of scissors in front of him. He must pull on his balls and the elastrator band, get the scissors and cut the band off before he loses his balls for good. All the while, Mistress Nightshadow is beating him, making him loses his focus. 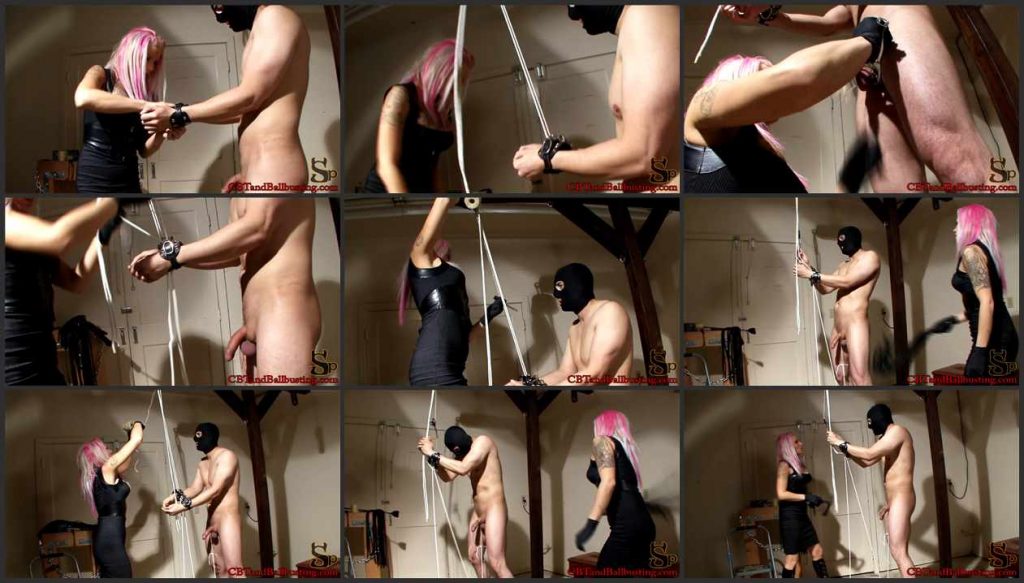 Up or Down Rope Around Balls