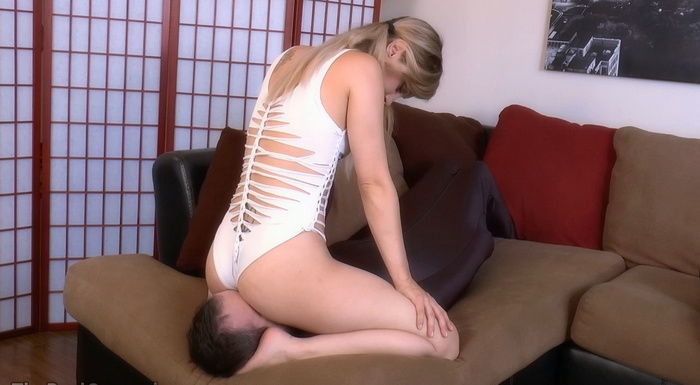 After being away for several months Holly’s roommate, Mistress Britney, is back and eager to smother their house slave! Holly even grabbed her camera to record Britney’s first time smothering the slave since she’s been back! Since its been a few months since Britney has smothered their slave they’re going to do a little facesitting training. Holly sets the times and Britney seal’s the slave’s face beneath her magnicifent ass! They start by sitting on him for 30 seconds at a time and eventually keep him smothered for a minute and a half! They have no mercy and control every breath the slave gets.

“Is his face red?” Holly asks laughing as Britney moves in to get a close up of the face crushing action. The slave is completely helpless as they push him further and further. By the end the slave is struggling franticly, desperate for even a short breath, but Holly keeps a tight seal over his face while gripping his head tight with her feet and hands. “You breathe when I say to breathe!” Holly says angrily. Holly was having such a great time smothering her slave with Britney, but she’s not happy that her slave eventually started to squirm and fight them. She wraps her sweaty leggings around his face and leaves him trapped on the couch until they come back and smother him again! 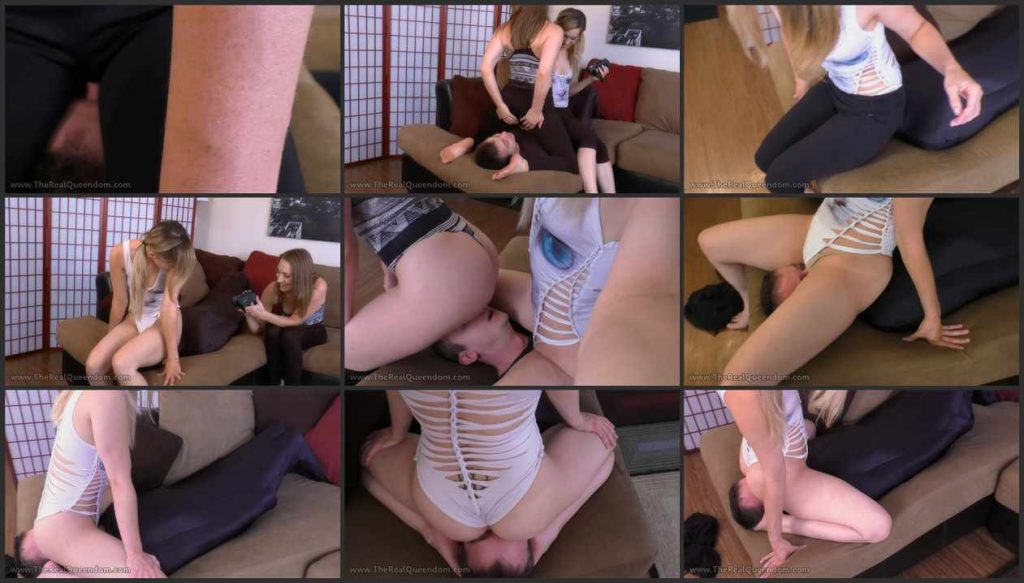 Kate Novaes, Paloma Silva and Britney Cruel Face Slapping – Whose Slap Will Be The Most Painful?