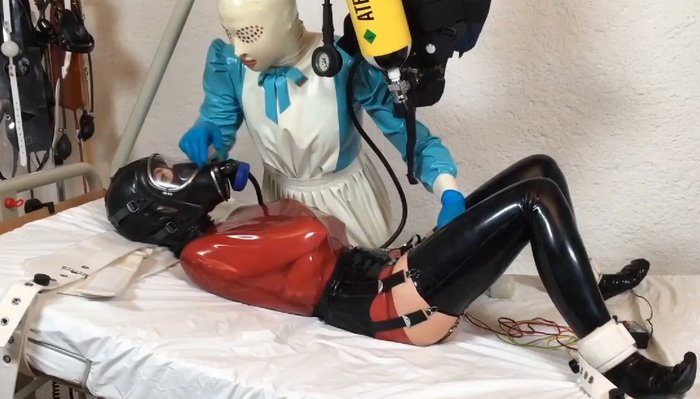 Visiting Anna Rose is always a pleasure for Elise Graves. At Anna’s rubber clinic, Elise receives electro treatments like no other! Secured tightly inside a transparent red rubber straitjacket, Elise is lead to a hospital bed by Nurse Anna and restrained with medical restraints. Nurse Anna then lifts Elise’s legs into the air, exposing her available pussy. Anna begins the treatment with some tickling, spanking, and some forced orgasms. Then, Elise’s legs are lowered and secured to the bed in preparation for the electro treatment. Nurse Anna inserts a large quad-pole electro plug into Elise’s pussy. After the juice gets turned up, it is visible to the eye, as this special plug “ghost fucks” Elise’s pussy in that it moves in and out on its own! 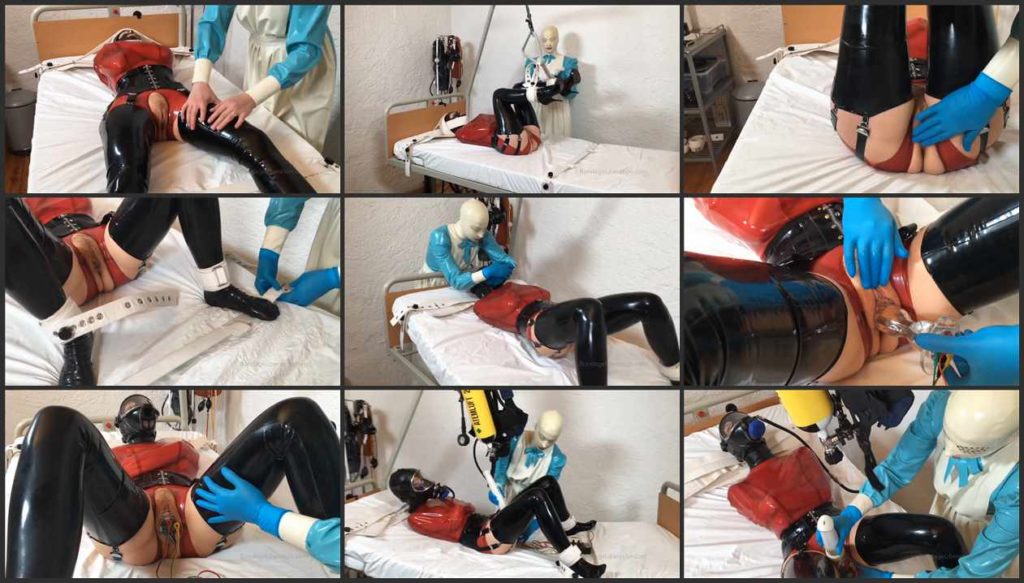 Unique Bondage Experience, Swallowed by a Balloon with Anna Rose and Elise Graves