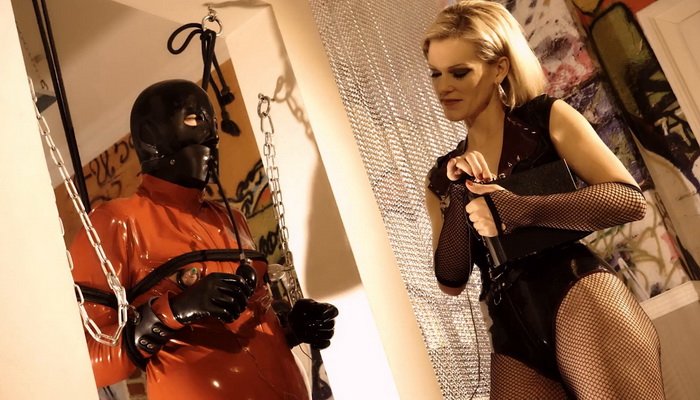 The Baroness isn’t satisfied with her new latex butler. She has him restricted with ropes and chains and punishes him with the cane. Painful cock and ball torture and nipple torture should make him submissive. An inflatable gag turns off the annoying cries of pain of the butler. Then the cruel mistress tries out a new toy: With electrical suction cups on his nipples she torments him until he convulses with pain. The Baroness laughs at him, humiliates him and finally uses him as a seating furniture. 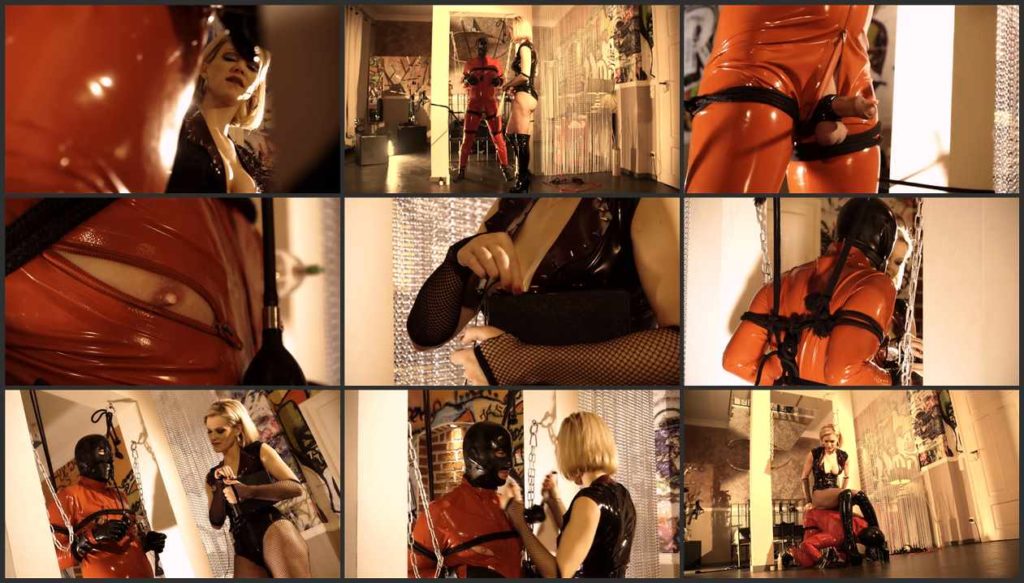 Baroness Davina Dust – A Latex Toy For The Baroness 2, cbt