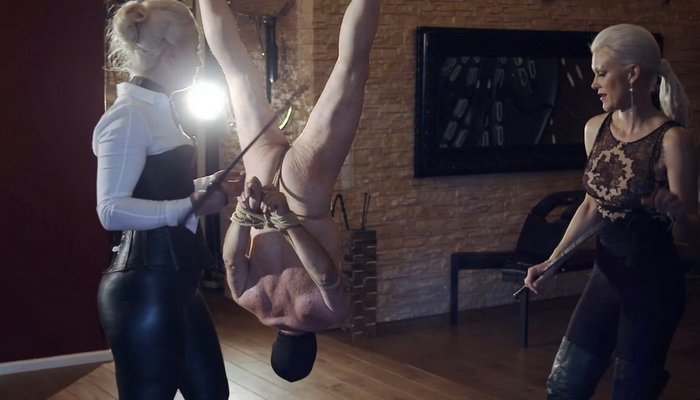 The Baroness and Lady Lia torture their prisoner and the butler of the Baroness with electro until they can’t resist the pain any longer. But the laughter of the mistresses is even more humiliating than the pain. Almost at the end of his tether the prisoner receives intense CBT and golden shower. This is too much for him. Finally he is degraded into an object of the Baroness, left lying at the butler’s feet.

In the outdoor pillory of the Baroness – Baroness Davina Dust