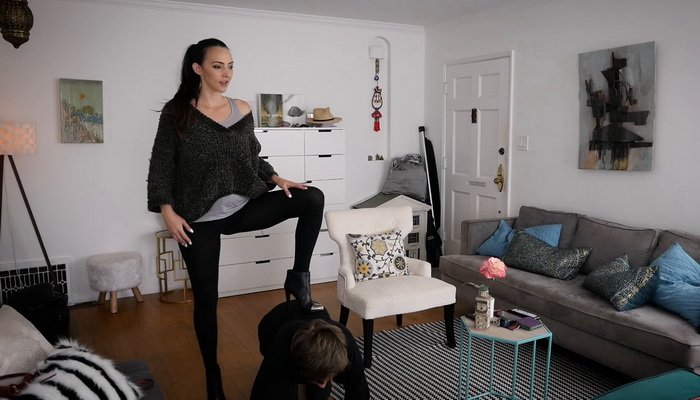 It’s time for brunch with Stella’s folks but her boyfriend is too busy binge watching his favorite series on Netflix. He hasn’t even showered yet and she’s all ready to go. She drags his lazy ass off the couch and points out how he doesn’t even look like they belong together. He is not only lazy and acts like a bratty boy, but he doesn’t even look like a man. He argues that watching the show will give him something to talk about with her little brother. Stella gets mad and shows him what it is like to be her little brother. She makes him get on his hands and knees, sits on him and makes fun of him for being a little shrimp. She makes him compare his tiny body to hers, chokes him and smothers him with her hands. After all this, she realizes that he will make a better live in slave than a boyfriend. Now he HAS to do his chores, but he no longer gets laid! 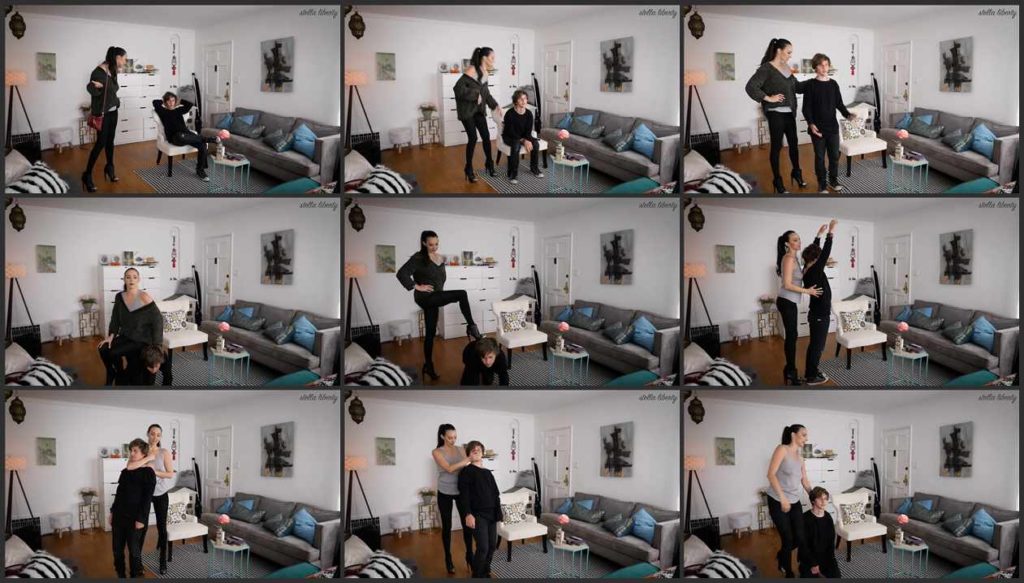