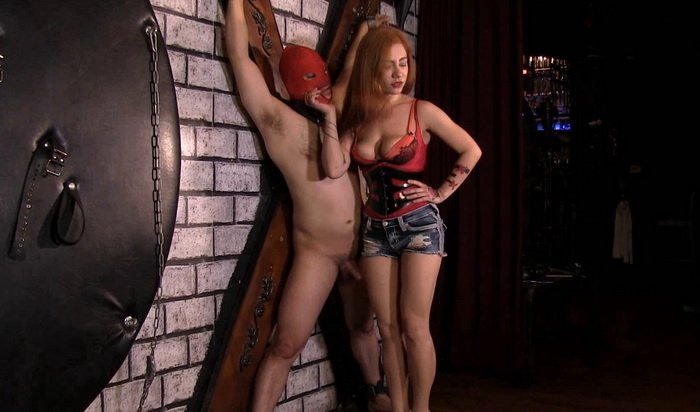 This slave has never experienced ball-busting before, and he`s about to learn just how brutal it is! I`m curious how well he`ll handle it, and find out by delivering a series of swift kicks to his bare crotch. With his arms secured above his head and his legs spread, he`s unable to protect himself as I repeatedly kick him directly in the balls. I don`t think this loser understood how painful this would be, and that I wouldn`t be holding back. He cries out in pain as I bash his balls in, and when his legs flail to much I stop to secure those as well. Now he`s completely unable to move, and I laugh as I continue kicking him right in his swollen testicles. “Do you think you can still handle it?” I ask. “No!” he replies, but quickly changes his mind after a few slaps to the face. I cackle in delight, loving every second of his misery as I kick him in the balls with my bare feet until he almost from the pain. I make him kiss my beautiful feet when he falls to the floor, and he`s just glad the ball-busting is finally over! 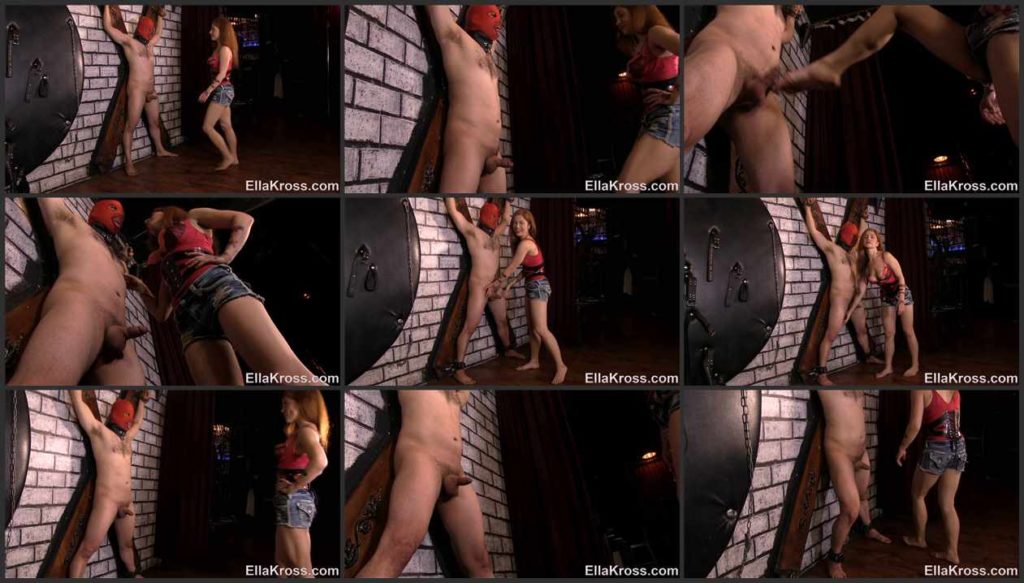