A producer had booked a shoot with Naomi Swann, and was so eager to get started that he had his camera man saran wrap him before she arrived; leaving him helpless and vulnerable. Naomi ends up getting caught in traffic, causing her to run a bit behind, but when she arrives at the shoot she is ready to get started. Having waited over an hour in the saran wrap, leaving both him and his camera man frustrated; the producers decides once Naomi is before him that he desires to cancel. This angers Naomi, as she knows a canceled shoot means he won’t be paying her for her time, and she can’t have that. Taking advantage of him wrapped in the saran wrap, she tape gags him and presses a pinning pussy over his mouth. Revenge, along with quite a bit of fun for her as she pinches his nose with her fingers as she does so; counting out how long he can manage to hold his breath underneath her (even taking the opportunity to ignore his thrashing about and take a call!). The producer struggles and squirms underneath her hopelessly, finding himself knocked out off and on as she has her way with him with her smothering ass and pussy. 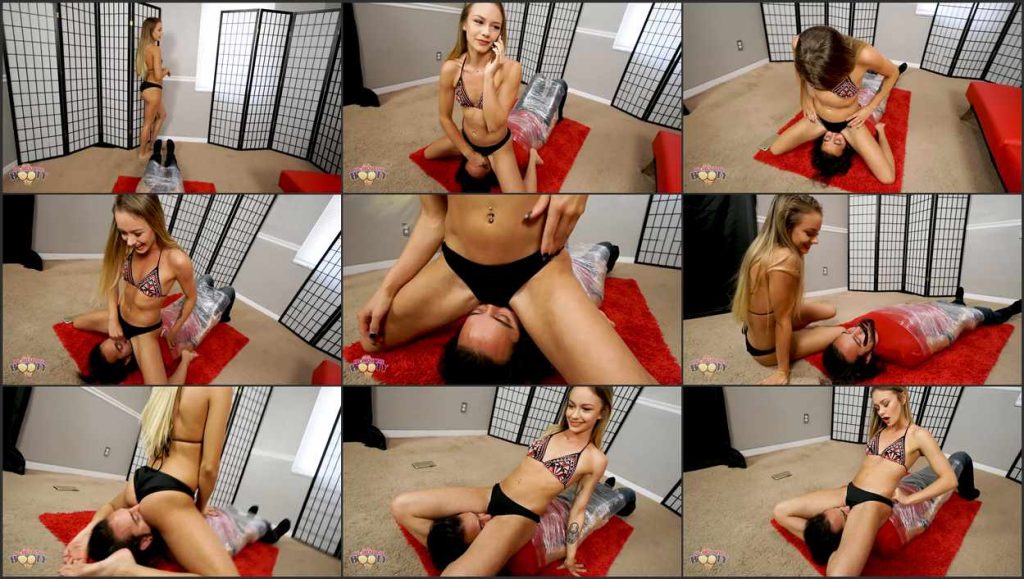 Face Sitting, Pussy on His Face II with Mistress Anette