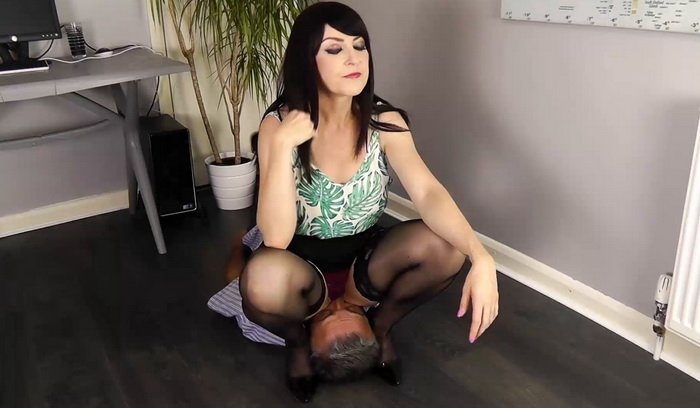 Miss Jessica has called in a new employee to have a little chat. She wants to know if he wants to do well in her company. The person who held his previous position was in a select group of snitches that report back to her on important matters she might not hear about, so she wants to know if he would be interested in doing this. However, to prove his loyalty to her he has to pass a little test. First of all, he has to show just how well he can kiss the boss’s arse! She forces his face into her bottom and then gets him to kiss it. Next, he’s to lay down on the floor and become her comfortable seat. Sitting on him in a variety of forward and reverse positions, by the end she thinks he will be good for the snitch role as he has passed his loyalty test. 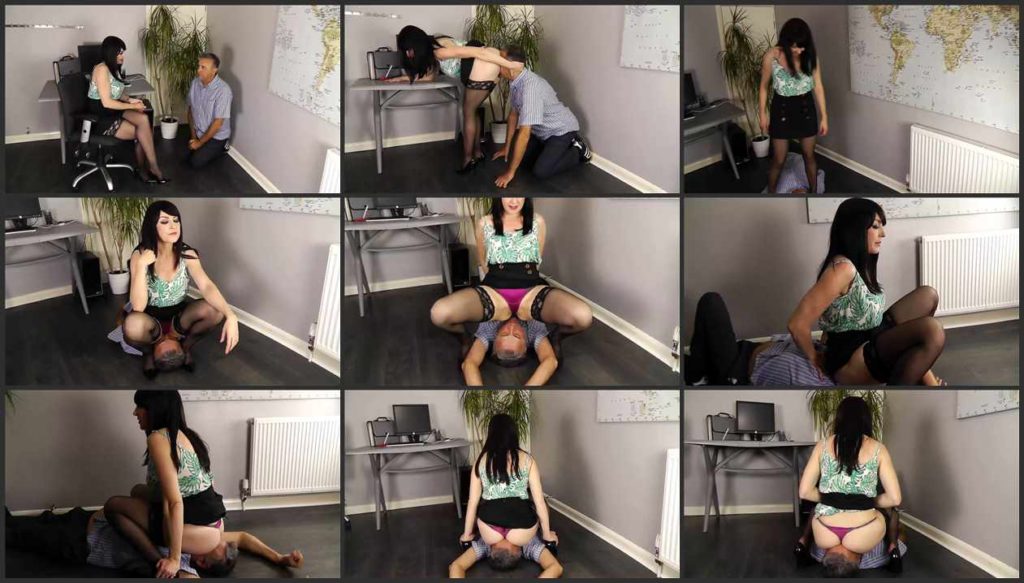