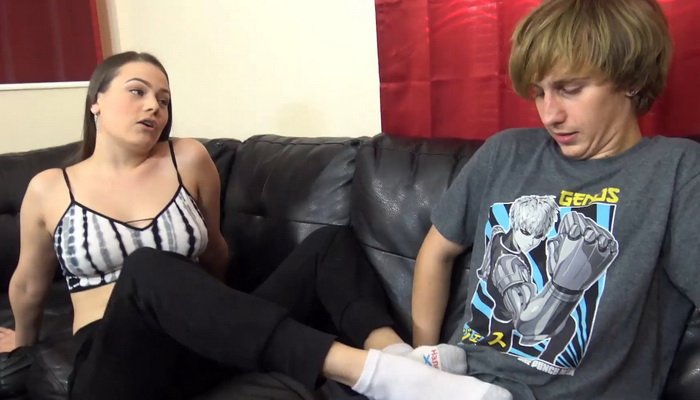 Ivory recently met Elis for a blind date, to find out that he is a big time nerd, who has never even been touched by a female. Today is Elis’ lucky day, because Ivory has something special planned to help bring him one very tiny step closer to losing his virginity. Ivory has Elis smell her fragrant and sweat filled socks and feet that just finished with the gym, while rubbing her other foot over his dick from above his pants. Ivory begins rubbing on Elis’ pants faster and faster, sending Elis into his first orgasm that wasn’t by his own hands. Elis, in disbelief of what just happened, is sent home with his stained pants as a reminder of this special night. 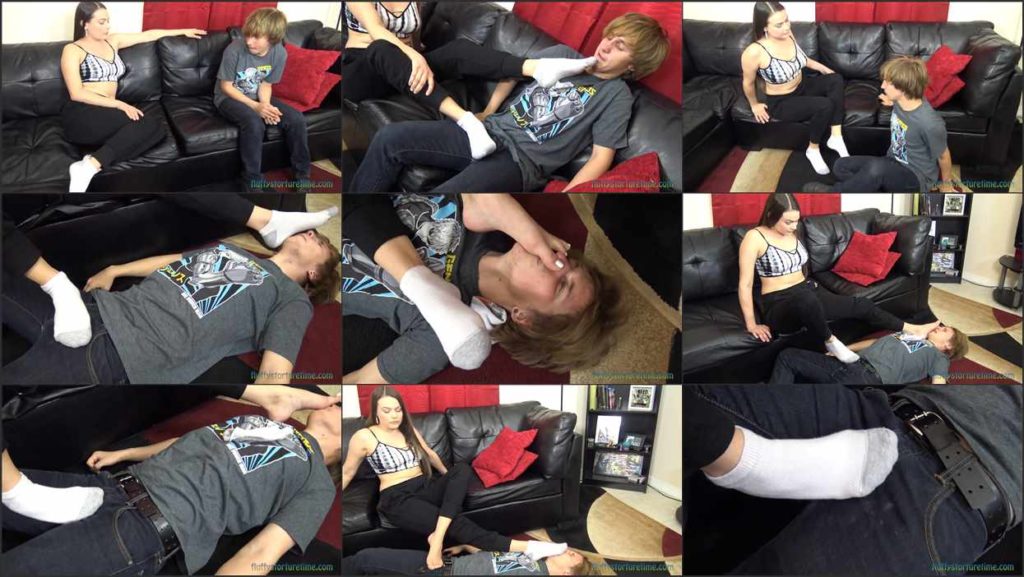